Comedy Family Friendly Classics West End Favourites Musical
Important Information
“MARY POPPINS is recommended for a general audience. As an advisory to adults who might bring young people, we recommend MARY POPPINS for ages 7 and up. Children under the age of 5 will not be admitted into the theatre. All persons aged 16 or under must be accompanied and sat next to the accompanying adult. They may not sit on their own within the auditorium. If children do have separate seats you could be refused entry. All persons entering the theatre, regardless of age, must have a ticket.”


Mary Poppins is the sparkling fusion of children’s book by P.L.Travers and the 1964 Disney film of the same title. The musical originally premiered in December 2014 at the West End and turned out be an instant success by winning two Olivier Awards, one for Best Actress in a Musical and the other for Best Choreography. Since the audience cannot get enough of the incredible musical, Mary Poppins is currently running again at London’s Prince Edward Theatre.

Disney and Cameron Mackintosh’s multi award winning musical is an absolute joy for the spectators and a favourite choice for schools and community theatres. Oscar winning screen writer and Downton Abbey creator, Julian Fellows’ book compliments the original stories and the famous film to bring unique stage creation. The music and lyrics of the show are by the Sherman Brothers with additional music by George Stiles and Anthony Drewe. The enchanting tale of the beloved Nanny of everyone is brilliantly presented on stage with memorable songs, mesmerising effects and sensational choreography.  Many popular songs from the 1964 film are also included in the musical, some of which are, "A Spoonful of Sugar",  "Chim Chim Cher-ee", "Let's Go Fly a Kite", "Step in Time", "Practically Perfect", "The Perfect Nanny", "A Man Has Dreams", "Playing the Game”, “Jolly Holiday", "Supercalifragilisticexpialidocious" and "Feed the Birds".

Mary Poppins is directed by Richard Eyre and co-directed/choreographed by Sir Matthew Bourne OBE while Stephen Mear is the co-choreographer. Sound design is by Paul Gatehouse, orchestrations by William David Brohn, scene and costume design by Bob Crowley and lighting design by Natasha Katz and Hugh Vanstone.

The much awaited musical, Mary Poppins is playing at the Prince Edward Theatre and is a must see.

Why book Mary Poppins Theatre Tickets with us? 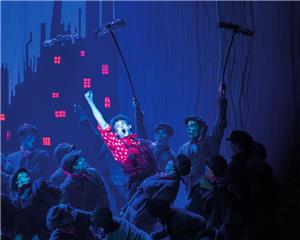 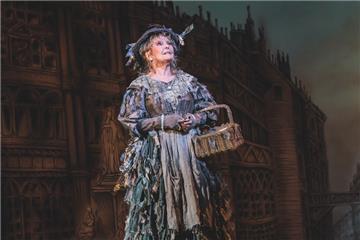 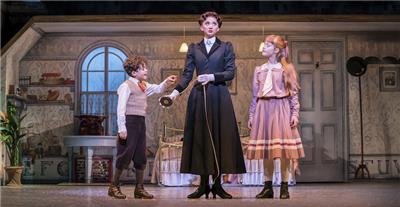 Access description: Level access to the main foyer through double swing doors. Box Office to left and low counter kiosk straight ahead. Most staircases have handrails on both sides. 13 steps up to the Dress Circle from the foyer (3 steps between rows). 22 steps down to the Stalls, 41 to the front of the Grand Circle and 72 to the back. Venue is carpeted throughout.

Guide Dogs: 2 guide dogs are allowed inside the auditorium. Staff can also look after them if you arrange this when you book.

Disabled Access: Entrance to the auditorium through a double EXIT door opening outwards on Greek Street, then up a very short, steep ramp to Box 1, where there are 2 spaces for wheelchair users and 2 companions. Transfer seating is available to row A. Venue is suitable for scooter transfers only. The theatre is able to store a maximum of 2 wheelchairs and one scooter per performance, next to the EXIT door.

Toilets: Men’s and women’s at Dress Circle level, Grand Circle level and Stalls level. There is an additional ladies toilet in the Stalls bar..

Disabled Toilets: Adapted toilet on right-hand side of foyer. Patrons requiring the adapted toilets have to go out of the exit on Greek Street and back to the foyer entrance on Old Compton Street. 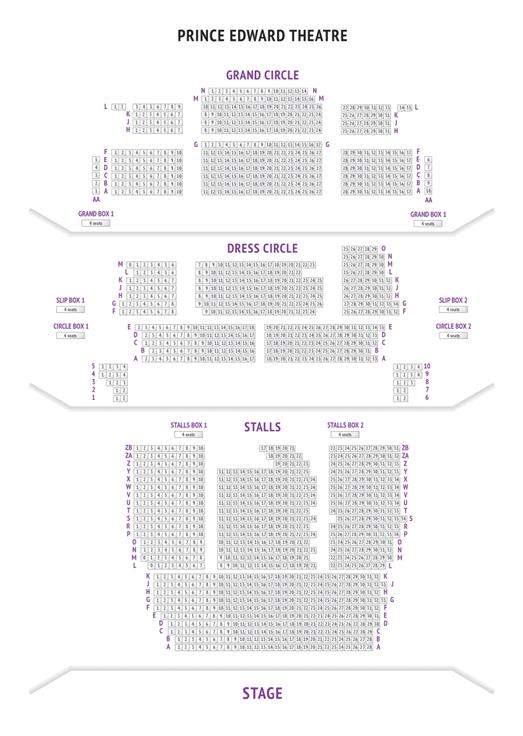