The show reunites Imelda with Dominic Cooke,
the director of their acclaimed production of Follies
Jerry Herman’s unforgettable score includes
Put On Your Sunday Clothes, Before the Parade Passes By,
It Only Takes a Moment and Hello, Dolly!
Strictly limited season begins at Adelphi Theatre on 11 August 2020
Today we are thrilled to announce that Imelda Staunton is back where she belongs in Hello, Dolly! as one of the most iconic musicals of all time comes to the Adelphi Theatre in 2020. This brand new production reunites Imelda with director Dominic Cooke, following the critically acclaimed production of Follies at the National Theatre.
With an unforgettable score by the legendary Jerry Herman, Hello, Dolly! will begin performances at the Adelphi Theatre in London on Tuesday 11 August 2020 for a strictly limited 30-week season (Press Night: Thursday 27 August 2020). Tickets go on sale today, Friday 22 November 2019.
Multi Olivier and BAFTA Award winning Staunton plays meddlesome socialite turned matchmaker Dolly Levi, as she travels to Yonkers, New York to find a match for the miserly, unmarried ‘half-a-millionaire’ Horace Vandergelder. But everything changes when she decides that the next match she needs to make is for herself.
With music and lyrics by Jerry Herman (La Cage aux Folles, Mack and Mabel, Mame) and book by Michael Stewart (42nd Street, Mack and Mabel, Barnum), Hello, Dolly! is one of the most iconic musicals of all time. Jerry Herman’s timeless score includes ‘Put On Your Sunday Clothes’, ‘Ribbons Down My Back’, ‘Before the Parade Passes By’, ‘Elegance’, ‘It Only Takes a Moment’ and of course, ‘Hello, Dolly!’.
Imelda Staunton and Dominic Cooke most recently worked together to spectacular effect with the critically acclaimed National Theatre production of Stephen Sondheim’s Follies. Now Hello, Dolly! reunites star and director in this classic Broadway musical.
Hello, Dolly! also reunites Imelda Staunton with producers Michael Harrison and David Ian. Their production of Gypsy at the Savoy Theatre was awarded the Olivier Award for Best Musical Revival, and for which Imelda also won the Olivier Award for Best Actress In A Musical for her acclaimed portrayal of Momma Rose.
Imelda Staunton commented: “Well, I’m delighted and daunted in equal measure to be doing a new production of Hello, Dolly! in London next year. I am so excited to be working again with Dominic Cooke, Michael Harrison and David Ian, and we all can’t wait to bring Hello, Dolly! - which is a truly joyous show - back to the West End after all these years. “
Further casting for the production will be announced at a later date.

Why book Hello, Dolly! Theatre Tickets with us?

Access description: The main entrance has a ramp and automatic doors. Box Office counter to the right inside the entrance. No steps to Stalls from foyer. 41 steps up to the Dress Circle; 79 to the Upper Circle. Most staircases are highlighted and have handrails on both sides. Theatre opens 45 minutes before the performance.

Guide Dogs: Guide dogs are allowed into the auditorium and Front of House staff are happy to dog-sit (maximum 2).

Disabled Access: No steps to Stalls from foyer. 2 spaces for wheelchair users at the back - view slightly restricted. Transfer seating available to any stalls aisle seat. A maximum of 4 wheelchairs can be stored in the cloakroom. Provisions for 4 wheelchairs/scooter transferees per performance - please check when booking.

Disabled Toilets: Adapted toilet by the entrance to the Stalls. 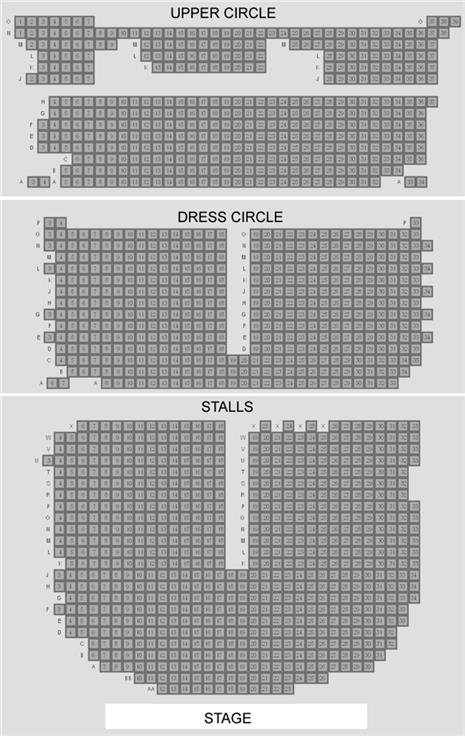