More about The Sunset Limited

Two men meet on a subway platform; the chance encounter instantly changing the trajectory of both their lives. Thrown together, their conversation quickly turns to the most essential and existential questions facing humanity. While their beliefs seem irreconcilable, the answers they seek could mean the difference between life and death. Multi award-winning writer Cormac McCarthy‘s gripping play explores redemption, faith and free will – can you be your brother’s keeper if he doesn’t want to be kept? His celebrated other works include The Road, All the Pretty Horses and No Country for Old Men. The London premiere of The Sunset Limited will be directed by Olivier and Tony Award-winner Terry Johnson, whose credits include West End hits Mrs Henderson Presents, La Cage aux Folles and The Graduate.

Why book The Sunset Limited Theatre Tickets with us?

The original Boulevard Theatre site began as a sister venue to the Raymond Revuebar, running under the same name, and providing additional bar and restaurant facilities alongside gaming tables.

It later became a small theatre in its own right, known as the ‘Elle et Lui’ theatre. Due to the similarity in genre of shows and competition that the ‘Elle et Lui’ theatre created for the Revuebar and the Windmill Theatre, the theatre was closed and reopened as the ‘Boulevard Theatre’, establishing a separate entrance and making it a stand-alone venue.

The Boulevard Theatre presented various productions, including erotica, stand-up comedy and straight plays. It was most famously known as the home of Peter Richardson’s Comic Strip which launched the careers of many household names such as Adrian Edmondson, Dawn French, Jennifer Saunders, Rik Mayall and Alexei Sayle in the 1980s. 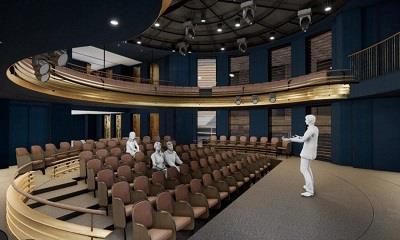