Thursday Matinee Saturday Matinee Sunday Matinee Limited Run Musical
Important Information
E-Tickets
Online Venue Check-In: Please note you will be contacted by the venue 48 hours before the performance with instructions on how to check-in and retrieve your e-ticket.

Special Note: “In response to audience demand we are increasing our capacity but continuing to maintain robust covid mitigation measures.”

More about The Last Five Years


“Beg, borrow or steal a ticket.” WhatsOnStage Jason Robert Brown’s award-winning musical, The Last Five Years, returns to London’s West End for the first time in over ten years, after two sensational sell-out seasons at Southwark Playhouse, and an internationally streamed performance watched by audiences worldwide. This emotionally powerful and poignant story of two New Yorkers who fall in and out of love over the course of five years, is underscored by a beautifully bittersweet score, featuring ‘I’m Still Hurting’, ‘Goodbye Until Tomorrow’ and ‘I Can Do Better Than That’. Full of romance, wit and vivid storytelling, Jamie shares his story from the spark of their relationship’s giddy beginning, whilst Cathy’s side is told in reverse, from the end of their turbulent partnership. The two characters cross paths just once, as their stories collide during the middle of the show. Jonathan O'Boyle's bold new production sees the actor-musicians playing the piano, ukulele and guitar live throughout the show, adding an additional musical narrative to the story and a unique magic to Brown’s exquisite songs. The Last Five Years comes to the Vaudeville Theatre for a strictly limited 4-week season.

Why book The Last Five Years Theatre Tickets with us? 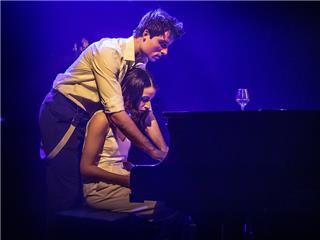 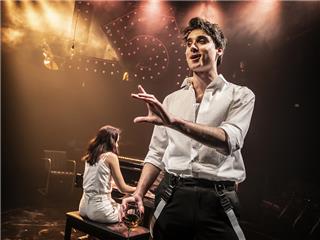 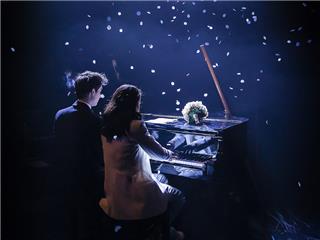 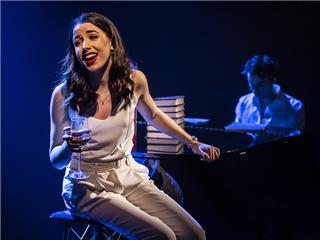 Access description: Ramp up through double doors opening outwards into the Box Office. Box Office counter to the left. No steps through the foyer bar into the Dress Circle (1 step between rows). 24 steps down to the Stalls which has a fairly steep rake. 25 steps up then 8 down to the Upper Circle. Staircases have handrails on both sides. Auditorium opens 45mins before performance.

Guide Dogs: Guide dogs are welcome inside the auditorium or staff are happy to dog-sit. We can accomodate 2 dogs at a time. Dogs will be looked after in the manager’s office.

Wheelchairs Toilets: No steps to the women’s to the right of the foyer bar, through 2 doors (approx. 84cm wide). This is usable by someone able to leave their wheelchair with assistance. No steps up to women’s at rear of Stalls, 18 steps down to the men’s; further women’s and men’s at Upper Circle level. 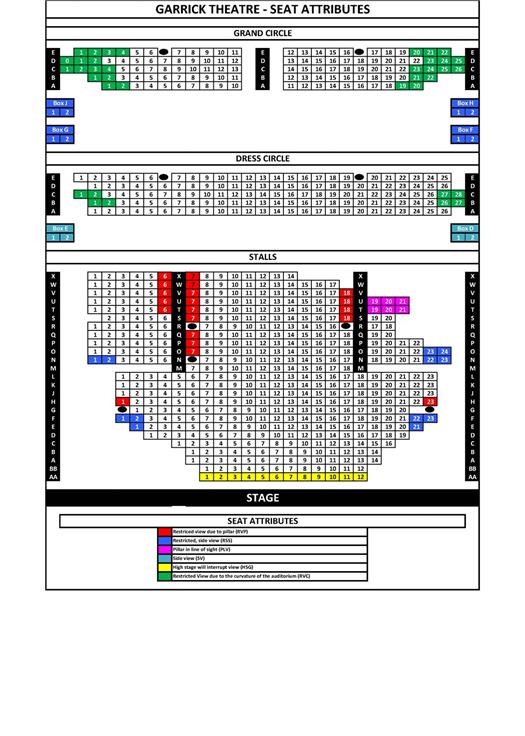