Important Information
Special Notes: IMPORTANT: What to bring with you to the theatre We hope you enjoy your trip to the theatre, but need to make sure you, our staff and the rest of the audience are safe. Upon arrival, as well as your eTickets, all members of your party over the age of 18 must demonstrate their Covid-19 status to gain entry in ONE of the following ways: · ** Full vaccination** (first and second dose), and with the second dose administered at least 14 days before your visit; or · A negative lateral flow test taken within 48 hours of your visit; or · Proof of natural immunity (positive PCR test within the last six months, after self-isolation has ended and up to 180 days after taking the test).

Jennifer Saunders is one of the UK’s most popular comic actresses. Her gleefully funny performance as the eccentric clairvoyant, Madame Arcati, delighted both critics and audiences alike when the production opened in Theatre Royal Bath’s 2019 Summer Season. With a distinguished creative team who have won a plethora of awards between them, this is a Blithe Spirt full of sparkling and spirit-lifting hijinks.

Novelist Charles Condomine and his second wife Ruth are literally haunted by a past relationship when an eccentric medium – Madame Arcati - inadvertently conjures up the ghost of his first wife, Elvira, at a séance. When she appears, visible only to Charles, and determined to sabotage his current marriage, life – and the afterlife – get complicated.

Jennifer Saunders is much loved for the sketch show French and Saunders, for which she and Dawn French received a BAFTA fellowship in 2009, and for the hit comedy series and subsequent film, Absolutely Fabulous, which she both starred in and wrote.
Lisa Dillon (Ruth) is best known for her role as Mary Smith in BBC 1’s Cranford. Geoffrey Streatfeild’s credits include Spooks, The Thick of It, Traitors and the Histories Cycle at the RSC.

Why book Blithe Spirit Theatre Tickets with us? 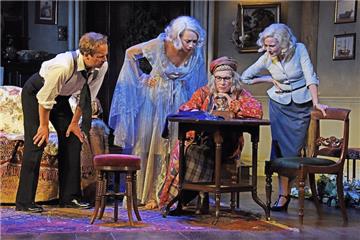 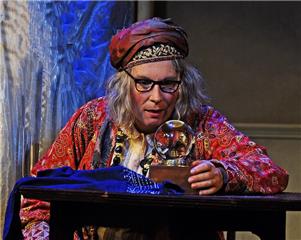 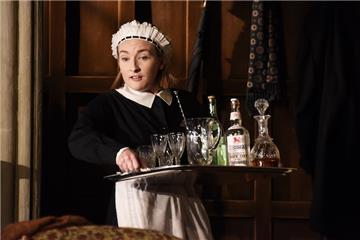 Sound Amplification: Infra-red system with 6 headsets. Headsets available from the Duty Manager. You will be asked to leave a credit card or a £10 deposit. Portable loop available in Box Office. Guide Dogs: Guide dogs and hearing dogs are welcome at the Comedy Theatre. They can stay with you during the performances, however, you must inform the Box Office when booking your tickets and a seat on the aisle can be reserved for you. Alternatively, a member of staff will care for your dog during the performance. Disabled Access: 4 wheelchair spaces in Dress Circle. 2 transfer seats in E5 and E17 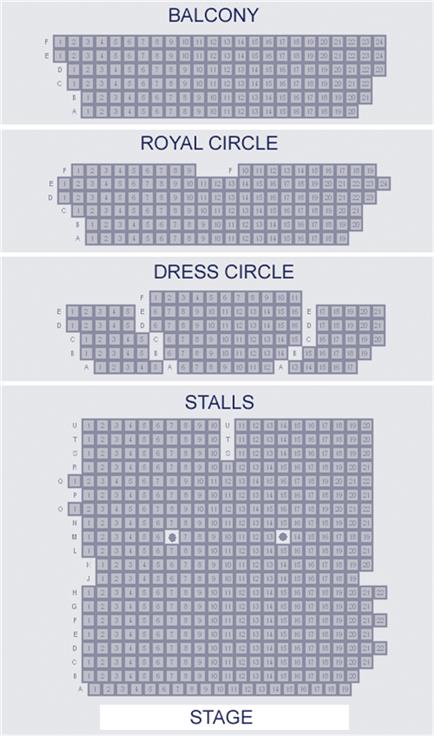