Atlantic City. 1988. Jonny and Rebecca are very much in love and very much in debt. He’s a struggling singer-songwriter who spends most of his time playing backup for Annie at the Oasis Casino Hotel Resort, and she works part-time at the casino and for a local charity. They struggle to make ends meet but they’re happy and that’s enough.
Or is it?
When wealthy stranger Larry Harris arrives in town and offers Rebecca a million dollars to spend a night with him, will the lure of money outweigh the promise of fidelity? Will Rebecca accept Larry’s indecent proposal? Will her marriage survive if she doesn’t? Will Jonny stick around if she does?
Inspired by the Jack Engelhard book which sparked a world-wide debate and was later adapted into the 1993 hit film, Indecent Proposal is a chamber musical that stays true to book’s setting of Atlantic City in the 1980s whilst reimagining the work through the lens of the current social and political climate, allowing audiences to consider what they would do in a similar situation, whilst they watch this couple grapple with the fallout from a stranger’s proposition.
Directed by Charlotte Westenra, is has book and lyrics by Michael Conley, music by Dylan Schlosberg and stars Ako Mitchell as Larry, Jacqui Dankworth as Annie and Norman Bowman as Jonny. Further cast to be announced.

Why book Indecent Proposal Theatre Tickets with us?

77-85 Newington Causeway, London, SE1 6BD
View Seating Plan
Southwark Playhouse is all about telling stories and inspiring the next generation of storytellers and theatre makers. It aims to facilitate the work of new and emerging theatre practitioners from early in their creative lives to the start of their professional careers.

Through our schools work we aim to introduce local people at a young age to the possibilities of great drama and the benefits of using theatre skills to facilitate learning. Each year we engage with over 5,000 school pupils through free schools performances and long-term in school curriculum support.

Through our Young Company (YoCo), a youth-led theatre company for local people between the ages of 16-21, we aim to introduce young people to the many and varied disciplines of running a semi-professional theatre company. YoCo provides a training ground to build confidence and inspire young people towards a career in the arts.

Our theatre programme aims to facilitate and showcase the work of some of the UK’s best up and coming talent with a focus on reinterpreting classic plays and contemporary plays of note. Our two atmospheric theatre spaces, within the vaults of London Bridge Station, enable us to offer theatre artists and companies the opportunity to present their first fully realised productions. Over the past 15 years we have produced and presented early productions by many aspiring theatre practitioners many of whom are now enjoying flourishing careers. 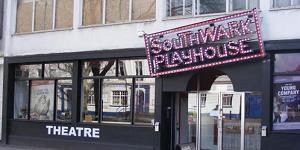