Underbelly's Circus Hub on the Meadows: The Beauty 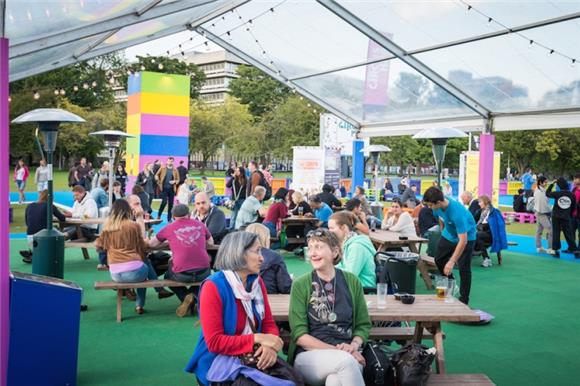 There are currently no shows running at Underbelly's Circus Hub on the Meadows: The Beauty

Created in 2015, Underbelly's Circus Hub was the first ever major venue dedicated to circus at the Edinburgh Fringe.

For 2016, Circus Hub returned with an even bigger programme. UK circus led the way in an international circus programme, featuring Jacksons Lane and Silver Lining, Joli Vyann, Company Here and Now, Briefs Factory, Circa and many more. We were also delighted to announce the return of Camille O'Sullivan, in her first Fringe show since 2012 in our Lafayette big top tent.

Located on The Meadows on the city's Southside, Underbelly's Circus Hub is made up of the Lafayette (a 550 seat big top) and The Beauty (a 500 seat spiegeltent). The two venues are named after one of the world’s most famous circus performers and illusionists, The Great Lafayette and his dog Beauty, who famously both died in Edinburgh in 1911.

These venues provide the opportunity to present spectacular and technically ambitious circus work of a level that has never been seen before at the Fringe, in the heart of Edinburgh. Watch this space for details of our 2017 venues!