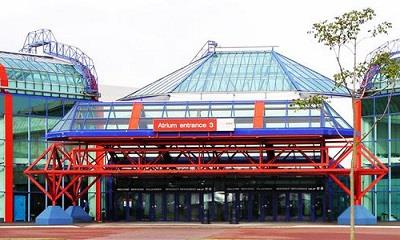 There are currently no shows running at NEC Birmingham

Opened by Elizabeth II in February 1976, the first event to be staged at the venue was International Spring Fair, which has returned every year since. Growing annually, the event now occupies all of the NEC's 20 halls and the Genting Arena.