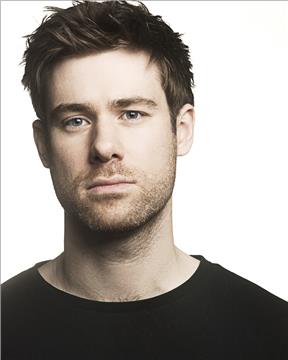 Kinky Boots, now the winner of every major Best Musical award, is pleased to announce that Matt Henry, who received the Olivier Award for Best Actor in a Musical, is extending his acclaimed performance as Lola into 2017. He will be joined by David Hunter (Once; One Man, Two Guvnors) who will take on the role of Charlie Price.

Also joining Kinky Boots from Monday 15 August 2016 will be Elena Skye, who will be making her professional West End debut as Lauren, Alan Mehdizadeh (Billy Elliot the Musical; Swap!; Watership Down) as Don and Cordelia Farnworth (Sunset Boulevard; Rock of Ages; Mamma Mia!) as Nicola.

With a book by Broadway legend and four-time TonyÂ® Award-winner Harvey Fierstein (La Cage Aux Folles), and songs by GrammyÂ® and TonyÂ® winning pop icon Cyndi Lauper, this joyous musical celebration is about the friendships we discover, and the belief that you can change the world when you change your mind.

Inspired by true events, Kinky Boots takes you from a gentlemenâs shoe factory in Northampton to the glamorous catwalks of Milan. Charlie Price is struggling to live up to his fatherâs expectations and continue the family business of Price & Son. With the factoryâs future hanging in the balance, help arrives in the unlikely but spectacular form of Lola, a fabulous performer in need of some sturdy new stilettos.

Matt Henry (Lola) appeared as a finalist on Series 2 of âThe Voiceâ. Theatre credits include Avenue Q (National Tour); The Lion, The Witch, and The Wardrobe (Northampton); The Harder They Come (Theatre Royal Stratford East, Nottingham Playhouse and National Tour); The Rat Pack Live from Las Vegas, The Frontline (Shakespeareâs Globe); Hair (English Theatre Frankfurt); Saturday Night Fever (National Tour) and Miss Saigon (Cameron Mackintosh). Feature film credits include Muppets Most Wanted and Gulliverâs Travels. In 2016 he received the Olivier Award for Best Actor in a Musical for his performance in Kinky Boots. His debut album Red Flare was released in April 2016.

David Hunter (Charlie Price) has numerous theatre credits including Guy in Once (Phoenix Theatre); One Man, Two Guvnors (National Theatre, Adelphi and UK tour); Tommy (Prince Edward), Seussical (Arts); The Hired Man (Leicester Curve and Colchester Mercury); Pub (The Royal Exchange); Spinach (The Royal Exchange) and The Mayor of Zalamea (Liverpool Everyman). In 2012 David reached the semi-finals of ITVâs Superstar, competing to play the role of âJesusâ in Jesus Christ Superstar. As the front man of Pop/Rock band Reemer, he has earned huge support slots playing alongside The Feeling, Scouting for Girls and McFly on their UK arena tour.

Elena Syke (Lauren) will be making her professional West End debut in Kinky Boots after graduating from the Royal Academy of Music.

Michael Hobbs (George) has appeared on stage in Darling of the Day (Union Theatre); Radio Times (Watermill Theatre); Aladdin (Salisbury Playhouse); Who Ate All The Pies (Ladida Productions) and Johnny Johnson (Lost Musicals). Michael has also appeared on screen in A Fairytale of London Town (Mutt & Jeff Pictures) and My Week With Marilyn (Trademark Films).