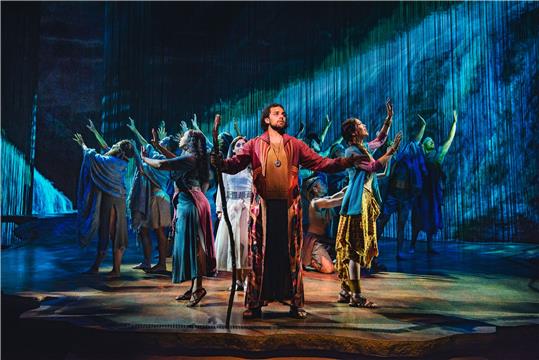 Producers have called time on the blockbuster London production of The Prince of Egypt. The final performance at London’s Dominion Theatre will be on 8th January.

The show, featuring original music by Stephen Schwarz, is based on the classic animation of the same name. Almost every ‘90s kid in the country knows the tune (if not the lyrics) to the Academy Award-winning song “When You Believe”, which also features in the stage version.

The show is based on the biblical story of Moses in Egypt, growing up as a brother to Ramses (to be Pharaoh), before reuniting with his birth-family, and bring forth the ten plagues ahead of the famous exodus from Egypt.

Dramatically staged on a steeply inclined stage, this production stars a huge cast, with great costumes and dance routines. The show is great for the whole family, and tickets are still on sale for the final months of the run.

The Dominion Theatre was previously home to the incredible jukebox musical “We Will Rock You”, which went on to become one of the West End’s longest running productions.

More recently, the theatre, which is opposite Tottenham Court Road tube station, has hosted a run of shorter run musicals, including a musical version of Big, which received mixed reviews.

The theatre is yet to announce what will be taking over once The Prince of Egypt cast makes its exodus in January.

If you’ve never been to a closing night performance and you’re free on 8th January, it could be well worth grabbing good seats in the stalls to soak up what is sure to be an emotional celebration of a fabulous production.