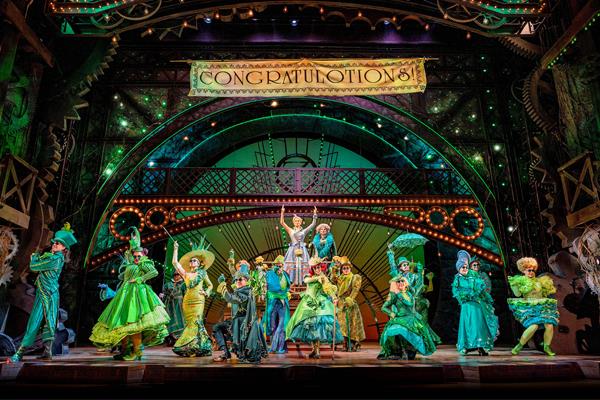 The indisputable modern classic, Wicked, announces that bookings are now available at the Apollo Victoria Theatre to 27th November 2022.

Wicked, which tells the story of Elphaba and Glinda as they journey to becoming the Good Witch and Wicked Witch of the West, has been an audience favourite at the Apollo Victoria Theatre since 2006.

Recently having celebrated 15 years on the West End, this makes Wicked the fifth longest-running musical in London.

The show is incredibly popular on both sides of the Atlantic. In 2016, Wicked become only the third show in Broadway history to achieve more than $1 billion in total revenue. The only shows to beat Wicked to this achievement were The Lion King and The Phantom of the Opera.

The cast, currently starring Laura Pick as Elphaba and Sophie Evans as Glinda, will change on the 1st February, and the new cast is yet to be announced.

Famous songs from the show include “Defying Gravity” and “Popular”, with music and lyrics by Stephen Schwartz.

Fans of the soundtrack will be familiar with Idina Menzel’s famous rendition of the musicals anthems; the Broadway star travelled with the show in 2006 to lead the original London cast. Other famous performers to have entered the Land of Oz include Kerry Ellis (2007, 2008, 2014 – she really loves this show!) and Lee Mead (2010).

Wicked is an absolute spectacle of a show, featuring 4,500 costume pieces, including 241 pairs of shoes. Glinda’s magnificent Bubble dress alone is adorned with over 100,000 sequins.

Wicked is a mesmerising and memorable show for all the family. Tickets are already on sale for the next year.