The Other Palace Reopens with New Owner and New Artistic Director 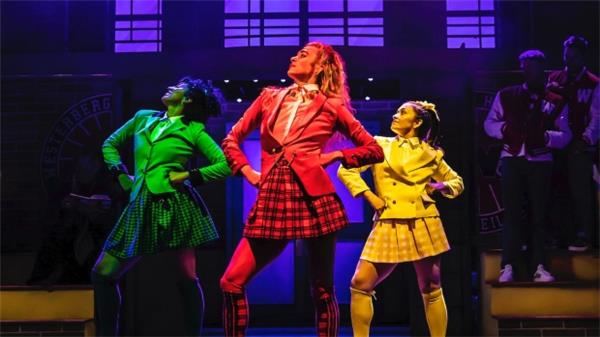 It’s all change at London’s The Other Palace, an edgy theatre in Victoria with a buzzing reputation for bringing brand new shows to the London stage.

Kenwright has announced the appointment of Paul Taylor-Mills as the new Artistic Director of The Other Palace. Taylor-Mills had previously worked as an advisory producer for the semi-fringe theatre from 2016 to 2018.

The relatively small theatre packs a real punch and has garnered a loyal fanbase of theatre-goers looking to experience the next big thing before it hits the big time.

Heathers will be returning to The Other Palace stage for the reopening season (from 25th November to 20th February), which will feel like something of a homecoming for the production, which held its London premiere at the theatre back in 2018, before making a successful West End transfer, to the Theatre Royal Haymarket.

As with the Bill Kenwright production of Heathers, the pre-pandemic premiere of Be More Chill also opened at The Other Palace.

Recent credits for Paul Taylor-Mills include My Night With Reg, Torch Song, High Fidelity, and Heathers. Taylor-Mills will retain his position as Artistic Director at the Turbine Theatre in addition to the new role at The Other Palace.

Taylor-Mills praised Bill Kenwright in his press statement on the new role, saying: “I have had the pleasure of working with Bill and his incredible team for many years and the opportunity for us to have a London home for our projects is a dream come true.”