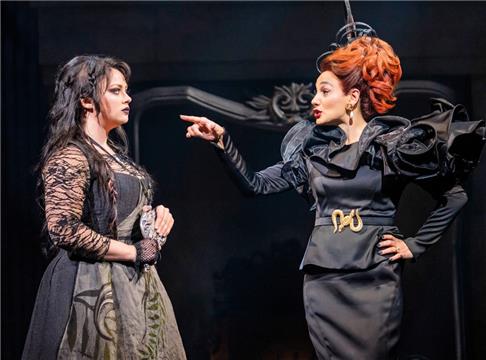 Andrew Lloyd Webber’s new music, Cinderella, has had its fair share of headlines over the past year. It is the composer’s first original score for six years. It was supposed to be one of the government’s selected test events, before Lloyd Webber pulled out of the trial. It finally opened, almost two years late.

Andrew Lloyd Webber partnered with Malala Yousafzai in presenting a special gala performance of Cinderella at the Gillian Lynne Theatre, which raised money for the Malala Fund.

The Malala Fund was set up by Yousafzai, who escaped the Taliban and is a renowned champion for the rights for girls to receive a good education.

In addition to enjoying the musical, attendees at the gala night performance partook in a pre-show auction, and heard Andrew Lloyd Webber and Malala Yousafzai speak.

Lloyd Webber revealed that he was inspired to use his new show as a catalyst for supporting women’s education when he was watching the recent US Open Final, in which British teenager Emma Raducanu triumphed.

He said, “I kept thinking when I watched that brilliant Open final and [thought] what would the girls in Afghanistan be thinking if they saw that, and that really was the moment that I thought I’d call my friend Malala.”

Malala subsequently introduced the Malala Fund to the audience, saying, “Malala Fund works for the rights of all girls to be able to go to school and have access to quality and complete education. The issue might seem a bit abstract to many of us because in the UK we do not see the issue that closely. But there are 130 million girls out of school, almost double the population of the UK.”

She added that the Fund’s aim for girls is they are able to “learn, read and write, and to be able to have a future which they choose for themselves, where they can achieve their dreams and can help their aspirations come true.”

The world premiere production of this new retelling of Cinderella is a perfect match for the Malala Fund, with Cinderella positioned as a strong-willed, independent girl.

Cinderella is performing at the Gillian Lynne Theatre.