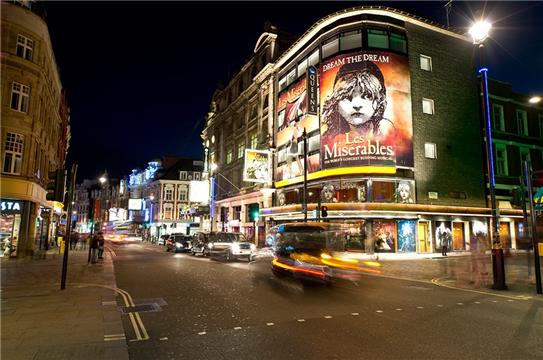 Almost half of London’s West End theatres have cancelled performances due to the latest major variant of Covid-19.

London has been a hotspot for the Omicron variant of the virus, first reported in South Africa and now the dominant strain of Covid around the world.

Of the 46 members of the Society of London Theatre, 22 theatres have pulled performances due to the resurgence of Covid-19 case numbers.

Shows that have halted performances over the festive period include Hamilton, Matilda, Wicked and The Lion King – all of which are firm family favourites and would have been expecting a sell-out run of Christmas and New Year shows.

The Christmas period is traditionally a peak period for theatres, as it is for other areas of the hospitality and entertainment industries.

Andrew Lloyd Webber has put his production of Cinderella on ice until February, which is currently the longest planned period of closure due to Omicron of any West End show.

Cameron Mackintosh echoed Lloyd Webber’s concerns, saying, “It’s literally day-to-day. We spend all morning trying to work out if we can do the show or not.”

Government support has been increased over this challenging winter period, but it’s clear that London’s theatres are at the knife edge. In an interview with the BBC, Cameron Mackintosh spoke about the financial position of the industry:

“We’ve all used our reserves to get the shows back up. At the point that we’re trying to recoup some of our losses, we are in a dreadful state at the moment and desperately need the government to help commercial theatre going through the next few weeks.”

Some West End shows continue performances, which government guidance in England permits. Currently these productions include Harry Potter and the Cursed Child, Back to the Future and Pretty Woman. It’s always worth checking with your theatre before heading out for the most up to date information.