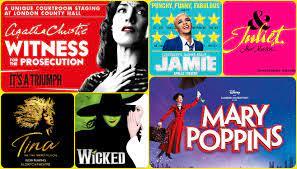 A whole host of top West End shows have delighted audiences with news that they are extending their runs and putting extra tickets on sale. Tina – The Tina Turner Musical, Six the Musical and Magic Mike Live are three of the productions to announce West End extensions in the last week.

The announcement of extensions comes as welcome news for theatre lovers in town and demonstrates producers’ confidence that 2022 and beyond will bring good fortune to theatreland.

Tina – The Tina Turner Musical, which brings the house to its feet at The Aldwych Theatre every night, has confirmed that tickets are now available right the way through to the end of the year.

The fabulous retelling of Henry VIII’s six wives’ stories is set to charge on at the Vaudeville Theatre until April 2023. Super fans of the show will be incredibly excited to get their hands on tickets to the special singalong performance penned for 25th September.

Also announcing an extension, to May of this year, is Heathers, which has proved to be a popular reopener for The Other Palace, which is now in the new ownership of Bill Kenwright.

The Noel Coward is the place to catch Dear Evan Hansen if you haven’t yet seen this beautifully moving production, and producers are excited to extend bookings through to October.

Jersey Boys (at the Trafalgar Theatre) and Moulin Rouge! The Musical (Piccadilly Theatre) are also both extending their runs in response to tremendous response from London audiences. Tickets are now on sale until October and July respectively.