Judi Dench Returns to West End with In Conversation Shows 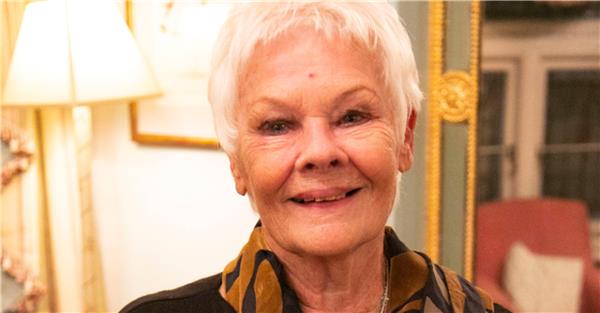 British theatre royalty, Dame Judi Dench, will be returning to the West End for three dates this summer. On stage at the Gielgud Theatre, with Gyles Brandreth, Dench will regale audiences with stories from her monumental 65 years in theatre.

The actress, who has won seven Olivier Awards over her six-decade career, will be taking over the Gielgud Theatre on 19 June, 26 June and 3 July of this year. The three consecutive Sundays promise to be a very special series for fans of this leading lady’s work.

Dench’s “In Conversation With” series marks the first time the actress will have stepped out on a West End stage since her starring role in The Winter’s Tale in 2015.

Since her professional debut with the Old Vic Company in 1957, Dench has graced stage and screen in many of our favourite shows, including A Little Night Music for which she won one of her seven Olivier Awards – the most won by any individual actress ever.

On screen, Dench is perhaps best known for her portrayal of M in the James Bond series – a role she’s returned to more times than any James has returned to the title role.

Recently Dench was part of the ill-fated film adaptation of Cats, a continuation of her chequered history with this Lloyd-Webber musical. Dench was set to take the leading role of Grisabella in the original London production, however due to an accident prior to opening night she was never able to perform in the role, which was subsequently awarded to Elaine Paige and gave her the break she’d been waiting for.

Tickets haven’t yet been released for the Conversations with Judi Dench. However, if you’re looking for a show at the Gielgud Theatre in the meantime, rehearsals for the West End premiere of To Kill a Mockingbird are in full swing, and tickets are going fast. This Broadway transfer has already caused quite the sensation States-side, and is expected to be equally well-received in London.