London Theatre Week Is Back with Bargain Tickets Galore 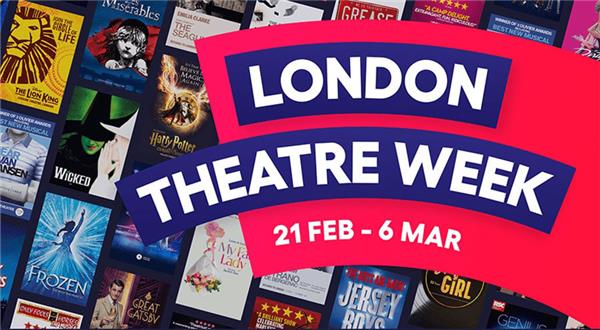 London’s theatreland is very much back in action, and right now theatres are offering the best deals you’ll get all year. It’s London Theatre Week!

Running from 21st February to 6th March (so really, it’s London Theatre Fortnight – no complaints there!), over 40 West End shows have released special discounted tickets, with seats starting at £15.

A variety of West End and Off-West End productions are taking part in this year’s extravaganza, including Andrew Lloyd Webber’s Cinderella, which seems not to spend more than a couple of days out of the headlines, Harry Potter and the Cursed Child, and Life of Pi.

The wide range of shows means that you can catch your favourite musical, or watch a brand-new play, for a fraction of the price you’d be paying otherwise.

Book to see the new production of Grease at the Dominion Theatre, with Petre Andre in the cast. Or catch Come From Away at the Pheonix Theatre, if you haven’t already seen this moving musical.

Great shows for tourists and families with kids are also included in the selection, such as Mamma Mia, Matilda and & Juliet.

For fans of a feel-good jukebox musical, Tina: The Tina Turner Musical is on discount for the next couple of weeks, as are tickets for Jersey Boys at the Trafalgar Theatre, showcasing the inimitable music of Franki Valli and the Four Seasons.

The West End is a-buzz with theatre again, and as if we needed an excuse to treat ourselves London Theatre Week has us sorted!