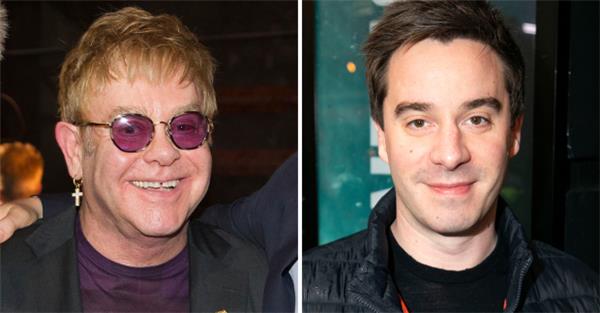 The musical, based on the real-life events of American televangelist Tammy Faye Messner, who passed away in 2007 after a lifetime of Christian evangelism. Tammy rose to fame, alongside her husband Jim Bakker, as the host of the Christian talk show, The PTL Club.

Tammy’s energetic approach to sharing her faith led to the creation of a Christian Theme Park (Heritage USA), as well as a huge amount of charity work. In particular, her work supporting HIV/AIDS patients during the 1980s connects her story in a meaningful way with Elton John, who has also campaigned hard in this area.

The show is yet to be christened with its final title, so is currently being spoken of in theatre circles as simple the Tammy Faye musical.

This will be the first time Elton John and James Graham have collaborated on a major new production. Original lyrics are also provided by Jake Shears, of Scissor Scissors fame.

James Graham rose to prominence with his play, Quiz, which retells the infamous happenings of the “coughing Major” winning Who Wants To Be A Millionaire in 2001.

Elton John’s previous musicals include Aida and The Lion King, which is one of London’s longest-running musicals, performing at the Lyceum Theatre in Covent Garden.

The Almeida’s eclectic variety of new work this year promises to make it a regular in your theatre calendar. Other upcoming productions, with tickets already on sale, include “Daddy” by Jeremy O. Harris in April, and The House of Shades by Beth Steel in May and June.