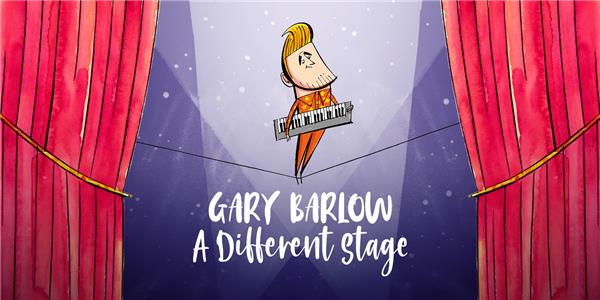 A Different Stage – Gary Barlow’s one man show – will be performing at London’s Duke of York’s Theatre from 30th August to 18th September.

The three-week run of the Take That frontman’s autobiographical show follows a national tour, and will be tie in with a book launch in September of the same name.

Gary’s show, which has been devised alongside Tim Firth – who directs – weaves together stories from Gary’s life with his comprehensive discography.

As a member of Take That and a solo performer, Gary Barlow has racked up eight BRIT Awards and his records have sold over 45 million copies around the world. Fans will have the opportunity to enjoy selections from his extensive catalogue, as well as hear life stories direct from the horse’s mouth.

A Different Stage isn’t Gary’s first foray into the theatre scene, with three musical theatre shows under his belt. The Band told the story of a boyband, through the music of Take That. Subsequent musicals, The Girls and Finding Neverland both included original music written by Gary.

Talking about the different type of show A Different Stage is, Gary said:

But this one, well, it’s like all of those, but none of them. When I walk out this time, well, it’s going to be a very different stage altogether.”

The show promises an honest, behind the scenes glimpse at Gary’s life and achievements, with (apparently) nothing off-limits.

Reviews of performances Gary has already completed as part of his national tour give an indication of what awaits the London audience. The show is a “wonderful emotional rollercoaster” (Total Ntertainment).