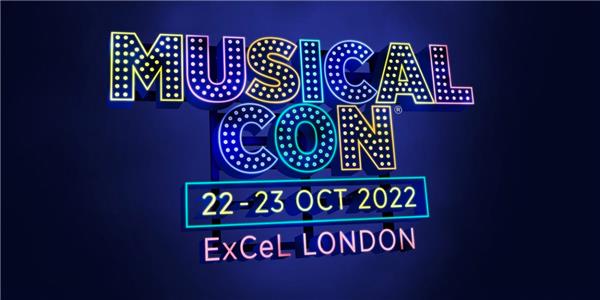 Modelled on the classic Comic Con concept, fans will descend of the massive ExCel London exhibition centre near the O2 Arena on the 22nd and 23rd October.

Musical Con will offer fans the opportunity to immerse themselves in the world of musicals, with expert-led workshops, cosplay costume competitions, meet-the-stars and join in with special sing-along shows. There’s even whisper of a lip-sync battle on the cards.

Big names are behind this mega new theatreland event, including Kerry Ellis and Aimie Atkinson.

Layton Williams (Jamie in Everybody’s Talking About Jamie) is also part of the team of professional ambassadors. He says, “This is from us. For the fans. It’s a place you can come, be fabulous, be free, and be yourself. This is our chance to say thank you to everyone who has ever bought a ticket to see us in a show.”

There’s such a phenomenal line-up already announced, and we’ve been promised they’re not done with announcements yet.

The drop-dead fantastic original London cast of Six The Musical are already confirmed as special guests, so we’re super excited to meet them and the other theatre royalty yet to be announced.

Additional support is being provided by the Society of London Theatre, who are looking forward to this becoming part of the annual theatre events calendar. Us too!