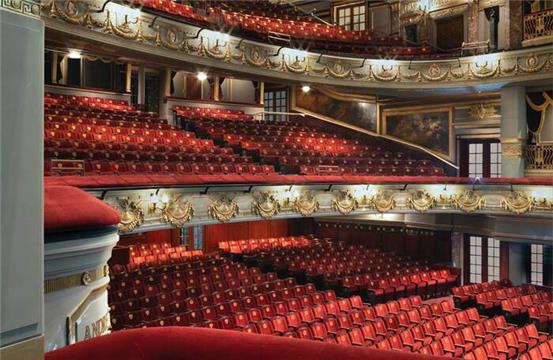 The concert shows have already announced some exciting headline performers, including Carrie Hope Fletcher (currently performing the role of Cinderella at the Gillian Lynne Theatre) and Samantha Barks (who will be very familiar with the Theatre Royal Drury Lane stage thanks to her starring role in Frozen).

Chess, which starred Michael Ball in its last London outing, will see Samantha Barks in the role of Florence, alongside Hadley Fraser as Anatoly. The powerful operetta uses the metaphor of chess to explore the ideologies and personal pains of the Cold War. The concert will be performed on 1 August.

The concert version of Chess will be directed and choreographed by Nick Winston, with a set designed by Ruth Sutcliffe. Other creative roles that have been announced include Ben Cracknell and Chris Winn on lights and Tom Marshall on sound.

The Kinky Boots concert is set for 8 August and brings together Matt Willis as Charlie Price, Cedric Neal as drag queen Lola, and Courtney Bowman as loved-up Lauren. The feel-good musical enjoyed a sell-out run in the West End and fans will be delighted to see the based-on-truth musical return for this special event.

Omar F Okai will be directing the concert version of Kinky Boots. The design team will be the same for all three concerts.

The final concert in this summer’s series on Drury Lane is the brand-new musical, Treason. The show tells the tale of Guy Fawkes’ ill-fated plan to blow up the Houses of Parliament, a plot so chilling that it has become a part of the annual calendar – remember, remember…

Carrie Hope Fletcher is the big name in this concert, alongside Daniel Boys (Avenue Q, Any Dream Will Do) and Les Dennis. Treason is directed by Hannah Chissick and is scheduled for 22 August.