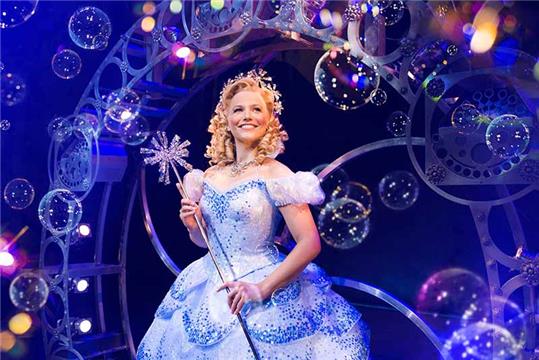 WICKED, the award-winning musical phenomenon that tells the incredible untold story of the Witches of Oz, is pleased to release new production pictures of Rachel Tucker as Elphaba. Rachel Tucker returns to the West End production at the Apollo Victoria Theatre following an acclaimed engagement on Broadway. Her remarkable performance has won her both a WhatsOnStage Award and a Broadway.com Audience Choice Award.

Acclaimed as âa wicked and wonderful vision of Ozâ (London Evening Standard) and âpure magicâ (Time Out London), the multi award-winning London production will celebrate its landmark 10th birthday at the Apollo Victoria Theatre on Tuesday 27 September 2016 and is already the 8th longest-running show currently playing in West End. Around the world, Wicked has now been seen by 50 million people in 14 countries, and won over 100 major awards.

Based on the best-selling novel by Gregory Maguire that ingeniously re-imagines the stories and characters created by L. Frank Baum in âThe Wonderful Wizard of Ozâ, Wicked tells the incredible untold story of an unlikely but profound friendship between two sorcery students. Their extraordinary adventures in Oz will ultimately see them fulfil their destinies as Glinda The Good and the Wicked Witch of the West.

Wicked has music and lyrics by multi GrammyÂ® and AcademyÂ® Award-winner Stephen Schwartz (Godspell; Disneyâs Pocahontas and The Hunchback of Notre Dame) and is based on the novel âWicked: The Life and Times of the Wicked Witch of the Westâ by Gregory Maguire and adapted for the stage by Winnie Holzman. Musical staging is by TonyÂ® Award-winner Wayne Cilento and the production is directed by two-time TonyÂ® Award-winner Joe Mantello.