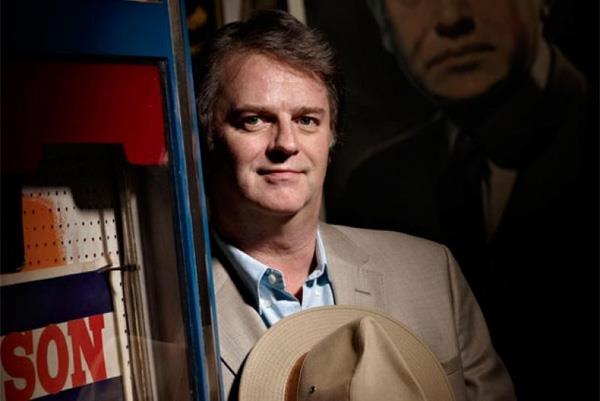 Comedian and Hitchcock enthusiast Paul Merton is to make a very special cameo in the hit West End comedy The 39 Steps, for one night only on Thursday 12 March in aid of Comic Relief.

The 39 Steps, which is currently in its ninth award-winning year at the West Endâs Criterion Theatre, is a laugh-a-minute, fast paced comedy, with a cast of just four actors playing over a hundred roles through the course of the show. Paul will play the mystery killer and the surprise 5th member of the company, whose hand is usually the only body part seen on stage.

Speaking on his involvement with The 39 Steps, Paul said: âThe summit of my career as a West End actorâ

Producers for The 39 Steps will raise money for this yearâs Comic Relief by donating 50% of tickets sales to Thursday nightâs performance, as well as bucket collections made available in the theatre foyer for audience donation.

After a spell as a Civil Servant Paul Merton began his stand-up career in 1982 at London's Comedy Store and still regularly performs both there and at the Edinburgh Festival. For many years he has been team captain on BBC1's Have I Got News For You, for which he won a BAFTA in 2003, and he has hosted Room 101 on BBC2. Some of Paul's other television credits include Paul Merton - The Series I & II, Paul Merton - My Life of Comedy and Live At The Palladium and he has published two previous books: Paul Merton's History of the Twentieth Centuryand a spoof autobiography, Paul Merton - My Struggle. Paul is also a regular panelist on BBC Radio 4's Just A Minute. He has been a lifelong fan of silent comedy, and his muchacclaimed series Silent Clowns was first broadcast in 2006 on BBC4.