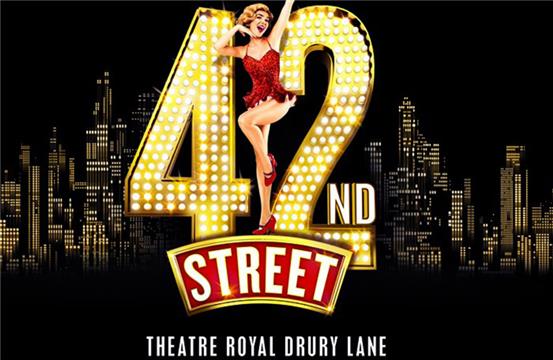 Sheena Easton â the Grammy Award winning artist who has sold over 20 million records around the world â is to make her West End debut in the forthcoming production of 42nd Street.

Easton, who remains the only artist in history to have top five records on five major Billboard charts, will perform the iconic role of âDorothy Brockâ in this new production of 42nd Street, the dazzling and romantic homage to the world of musical theatre.

The role of âJulian Marshâ will be performed by Tom Lister, who played âCarl Kingâ in Emmerdale for 8 years and has recently been starring as âWild Bill Hickokâ in the UK Tour of Calamity Jane. Clare Halse, who most recently appeared in the acclaimed production of Gypsy as âMarjorie Mayâ at the Savoy Theatre, will play âPeggy Sawyerâ.

42nd Street will play the Theatre Royal, Drury Lane from Monday 20 March 2017, with a press night on Tuesday 4 April 2017 at 7:00pm. The production will be directed by the showâs co-author Mark Bramble (whose other hit shows include Barnum, Treasure Island, The Three Musketeers The Grand Tour) and director of many award-winning previous productions of 42nd Street on Broadway and around the world.

42nd STREET is the song and dance, American dream fable of Broadway and includes some of the greatest songs ever written, such as âWeâre In The Moneyâ, âLullaby of Broadwayâ, âShuffle Off To Buffaloâ, âDamesâ, âI Only Have Eyes For Youâ, and â42nd Streetâ.

42nd Street arrives in London with an all-singing, high-kicking cast of over 50, ready to explode on to the West Endâs biggest stage. The confirmed cast are:

42nd Street is presented in London by Michael Linnit and Michael Grade together with The Global Group of Companies for Gate Ventures with Executive Producer Johnny Hon.