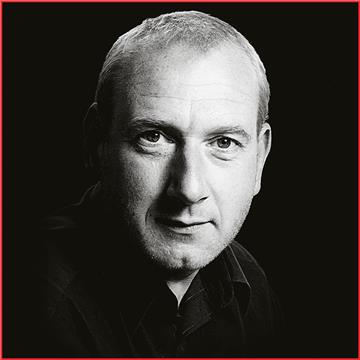 David Tennant, who plays the title role in Patrick Marberâs Don Juan in Soho, will be joined by Adrian Scarborough as Stan and Gawn Grainger as Louis. The production will preview at Wyndhamâs Theatre from 17 March 2017, with press night on 28 March 2017. Don Juan in Soho will complete its strictly limited eleven week run on 10 June 2017.

Direction is by Patrick Marber with set and costume designs by Anna Fleischle, lighting by Mark Henderson and sound and music by Adam Cork. Final casting will be announced at a later date.

âPlease donât be charmed, heâs not a lovable rogue...â Loosely based on MoliÃ¨reâs tragicomedy 'Don Juan', this savagely funny and filthy modern update transports the action to contemporary London and follows the final adventures of its debauched protagonist â a cruel seducer who lives only for pleasure.

Adrian Scarborough (Stan) was last on stage as The Fool in Sam Mendesâ production of King Lear at the National Theatre where his many credits also include After the Dance, The Habit of Art, Time and the Conways, Henry IV Parts 1 & 2, The False Servant, Rosencrantz and Guildenstern are Dead, The David Hare Trilogy, The Day I Stood Still and The Wind in the Willows. In the West End his credits include Betty Blue Eyes and Humble Boy. He has also been seen in Hedda Gabler at The Old Vic, Platonov and Vassa for the Almeida Theatre Company and Accidental Death of an Anarchist and To The Green Fields and Beyond for the Donmar Warehouse. His film credits include On Chesil Beach, Les MisÃ©rables, The King's Speech, Elizabeth: The Golden Age, Notes on a Scandal, Vera Drake, Gosford Park, The History Boys, Bright Young Things, The Madness of King George and Dirty Pretty Things. Scarboroughâs many television credits include two series of Blunt Talk opposite Patrick Stewart, Stella, Crashing, Miranda, Up The Women, Professor Branestawm, Plebs, Edge of Heaven, Death in Paradise, The Paradise, Restless, Doctor Who, Mrs Biggs, Upstairs/Downstairs, Gavin and Stacey, Cranford and Psychoville.

Gawn Grainger (Louis) was most recently on stage in The Entertainer for the Kenneth Branagh Theatre Company at the Garrick Theatre. His other theatre credits include The Cherry Orchard at the Young Vic, Macbeth at Shakespeareâs Globe and The Recruiting Officer at the Donmar Warehouse as well as Onassis, Absolutely Perhaps and The Crucible all in the West End. For the National Theatre where he was part of Olivierâs South Bank inaugural season, his credits include Three Days in the Country, A Woman Killed With Kindness, Some Trace Of Her, Sing Your Heart Out For The Lands, The Passion, The Seagull and The Misanthrope and at the Almeida he has been seen in No Manâs Land, Party Time, Mountain Language and The Last Days of Judas Iscariot. His film credits include Blood Royal, Christmas Carol and The Little Drummer Girl and on television Labyrinth, The Nativity, Big Deal, The Black Tower, Dalziel and Pascoe, The Darling Buds of May, Foyleâs War, Gentlemen and Players, Hail Caesar, Heart of the Country, Helping Hand, Hetty Wainthropp Investigates, Macbeth, Man at the Top, Men Behaving Badly, Merlin and Midsomer Murders.

David Tennant (Don Juan) has worked extensively in theatre, television and film winning numerous awards for his work including the Critics' Circle Award for Best Shakespearean Performance and the National Television Award for Outstanding Drama Performance. For the Royal Shakespeare Company his credits include Richard II, a role he reprised earlier this year at the Barbican and at the Brooklyn

Academy of Music in New York, As You Like It, The Herbal Bed, The Comedy of Errors, Romeo and Juliet, A Midsummer Nightâs Dream, Loveâs Labourâs Lost and the title role in Hamlet, as well as co-hosting the live broadcast of Shakespeare 400. Tennant was last in the West End playing Benedick in Much Ado About Nothing. His film credits include What We Did On Our Holiday, The Decoy Bride, Fright Night, Nativity 2: Danger in the Manger, St Trinianâs II: The Legend of Frittonâs Gold, Harry Potter and the Goblet of Fire, Bright Young Things, LA Without a Map and the forthcoming Mad To Be Normal, Fish Without Bicycles and Bad Samaritan. On television he is best known for playing the tenth incarnation of the Doctor in the BBCâs classic series Doctor Who. He has just wrapped on the third season of ITVâs award winning series Broadchurch and starred in the US version, Gracepoint. His other television credits include playing Kilgrave in Netflixâs Jessica Jones, and The Escape Artist, The Politicianâs Husband, Spies of Warsaw and Casanova, all for the BBC.

Patrick Marberâs plays include Dealerâs Choice, After Miss Julie, Closer, Howard Katz, Three Days in the Country and The Red Lion. His film credits include Closer (directed by Mike Nichols), Notes on a Scandal (directed by Richard Eyre), Old Street and Love You More. For television his co-writing credits include The Day Today and Knowing Me, Knowing You With Alan Partridge. In December this year Ivo van Hove will direct Marberâs new version of Ibsenâs Hedda Gabler for the National Theatre starring Ruth Wilson and Rafe Spall. As well as directing a number of his own plays his other directing credits include Travesties by Tom Stoppard currently playing at the Menier Chocolate Factory and transferring to the Apollo Theatre in February next year, The Caretaker at the Comedy Theatre, Blue Remembered Hills at the National Theatre, â1953â by Craig Raine at the Almeida and The Old Neighbourhood by David Mamet at the Royal Court Theatre. His plays have won Evening Standard, Olivier, Time Out, New York and London Criticsâ Circle and Writersâ Guild Awards. His TV work has received BAFTA, British Comedy and Royal Television Society Awards. His screenplays have been nominated for Golden Globe, BAFTA and Academy Awards. He received the British Independent Film Award for Notes on a Scandal.

Marberâs Don Juan in Soho, which premiered to great acclaim ten years ago at the Donmar Warehouse, is now produced in the West End by Matthew Byam Shaw, Nia Janis and Nick Salmon for Playful Productions in association with Sonia Friedman Productions.