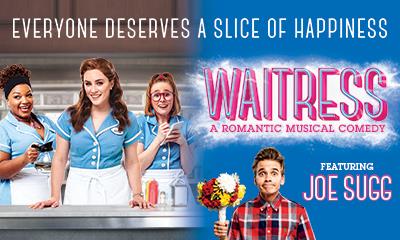 Sandra Marvin enters the diner as new Becky.  The actress has been approached to play the role of new Becky in Waitress in the West End.

The first performance of the Marvin is scheduled on 17 October.  Sandra Marvin got acclaimed for her roles in Committee and Emmerdale, will replace Marisha Wallace who was originally playing this role at the Adelphi Theatre in the beginning of 2019.

This musical presents a portrait of the life of a small town Waitress whose passion is baking and employed in a diner.  The challenges of being stuck in a toxic relationship have been implied aptly in the show.

Based on the  2007 indie classic  by Adrienne Shelly and has a book written by Jessie Nelson, the creative team of this incredible show consists of Sara Bareilles(Music& Lyrics), Diane Paulus(Director), Lorin Lattarro(Choreographer), Scott Pask(Set Design), Ken Billington(Lightening design),  Suttirat Anne Larlarb(Costume Design) and many other brilliant professionals.

The leading roles of the show are currently played by Andrew Boyer as old Joe, Laura Baldwin as Dawn, Tamlyn Henderson as Earl, Lucie Jonas as Jenna, Joe Sugg as Ogie and David hunter as Doctor Pomatter.