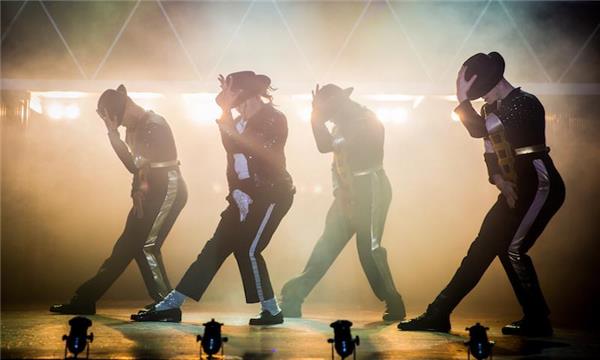 Eleven years of exquisite journey in the West Endâs Lyric Theatre, Thriller Live has been melting the hearts of spectators triumphantly.

Eleven years of exquisite journey in the West End’s Lyric Theatre, Thriller Live has been melting the hearts of spectators triumphantly.

The King of Pop, Michael Jackson made his existence eternal through the remarkable music he created for his fans all over the world. Thriller Live pays homage to the great singer, featuring all the music from Michael Jackson’s melodious career span of 40 years. After getting applause from all across Europe and in three UK tours, the incredible musical was performed in 2006, for the first time in the West End.

Thriller Live encompasses King of Pop’s music, starting from his earliest time in The Jackson Five, the concert also has songs like, I Want You Back, ABC, Can You Feel It, Off The Wall, The Way You Make Me Feel, Smooth Criminal, Beat it, Dirty Diana, They Don’t Care About Us, Billie Jean and many more  renowned and cherished songs.

There are stunning dance performances, directed and choreographed by Gary Lloyd who got acclaimed by working with brilliant artists like Robbie Williams, Pink, Leona Lewis, Girls Aloud and Will Young. The MTV multi-award winner Lavelle Smith Jnr is also the part of choreography team in this sensational show.

Entertaining over five million people in over 30 countries, Thriller Live will make this Halloween a memorable experience by giving prizes to those wearing the best Halloween costumes at Lyric Theatre.

Thriller Live will beat Jersey Boys as the 14th longest running West End’s Show in February. The running time of the show is 2 hours 20 minutes and intends to celebrate its 4000th performance in the West End.

The final performance of this splendid musical at the Lyric Theatre will be on Sunday 26 April 2020, make sure you feast your eyes on the sizzling Thriller Live.