The Phantom Of The Opera, A Musical Fantasy 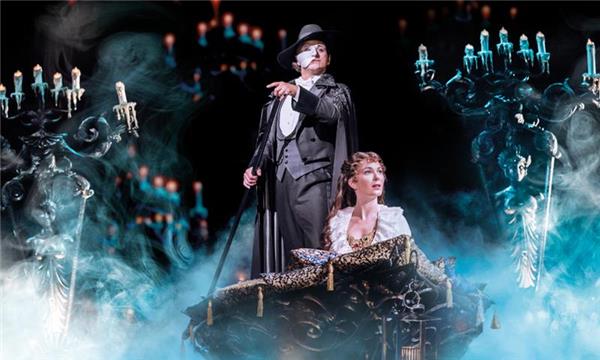 The Phantom Of The Opera has a history of conquering the hearts of 0ver 100 Million people all over the world. The show has the credit of being one of the highest grossing musicals of all time. Andrew Lloyd Webber’s fascinating musical maintains its charm for the audience in the original form at the West End’s Her Majesty’s Theatre.

After winning Olivier Award in 1986, when this magical show was performed for the first time in the West End, it has been continuously entrancing the spectators through Lloyd Webber’s breath-taking music including special effects, lovely costumes and the wonderful original set design.

The Phantom Of The Opera is based on the French Novel of the same name written by Gaston Leroux. The story tells us about a gorgeous ballet dancer, Christine Daae and her singing and dancing teacher who is a mysterious disfigured musical genius living in the subterranean labyrinth beneath the Paris Opera House. Obsessed with his beauteous pupil the Phantom haunts the opera House intending to make Christine play a role in a new opera which he has written exclusively for her. There is another character Raoul in the story, a handsome young man who is also in love with Christine Daae and confronts The Phantom for her love which leads to an onstage chaos and literally damages the Opera House. The Phantom Of the Opera is steadily adored by everyone in the audience at Her Majesty’s Theatre since last 33 years.

The romantic tragedy features  some truly heart touching and extraordinary  scores like “The Music of the Night”, “Think of Me”, “All I Ask of You” and none other than, “The Phantom Of the Opera”.

Take some time and enjoy this one of a kind show now!!

634
The Phantom Of The Opera Her Majesty's Theatre Book Tickets