Mamma Mia! will keep entertaining till next year in the West End 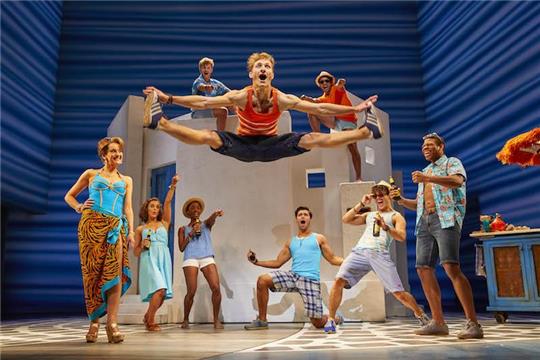 Mamma Mia! has announced to extend with the bookingÂ  now up until Saturday 19 September2020.

Anyone who knows about everlasting music knows about Mamma Mia! a world class musical. Yes, we are talking about the most favourite show of over 65 million people across six continents since it first opened in 1999.  With the remarkable music and lyrics by ABBA’s Beny Andersson and Bjorn Ulvaeus this Olivier Award winning adaptation by Catherine Johnson’s Book, is a masterpiece and a consecutive hit so far. The title of the musical is inspired by the group’s 1975 chart Topper, ‘Mamma Mia’.

The show is about the heart touching story of Sophie, a young bride’s quest to find the real identity of her father to walk her down the aisle. These efforts of Sophie make her mother; Donna encounters her three ex-lovers. Set on a Greek island paradise, the musical is basically the jaw dropping tale of love, laughter, friendship and identity.

Mamma Mia! is a smashing hit in the West End because of its ingenious plot and exceptional melody by ABBA. The show has some incredible hits like ‘I Have A Dream’, ‘The Winner Takes It All’, ‘Knowing Me, knowing You’, ‘ Lay All Your Love On Me’, ‘ Dancing Queen’ and off course,’ Mamma Mia’. The seventh longest running show in the history of the West End is Mamma Mia. The brilliant musical celebrated its 20th anniversary at the West End’s Novello Theatre on Saturday 6 April 2019 and now in its 21st Year.

To honour the 21st year of Mamma Mia! In West End, a splendid new cast has been included. The amazing Mazz Murray returns to head the cast as Donna. She is accompanied by Kirsty Hoiles as Tanya, Melissa Nettleford as Ali, Cameron Burt as Sky, Taylor Bradshaw as Eddie, Sophie Matthew as Lisa and Danny Nattrass as Pepper. Other than that, Ricky Butt will play the role of Rosie, Neil Moors as Harry, Richard Trinder as Sam, Stephen Beckett as Bill and Lucy May Barker as Sophie. Caroline Deverill will keep playing the role of Donna at certain performances.