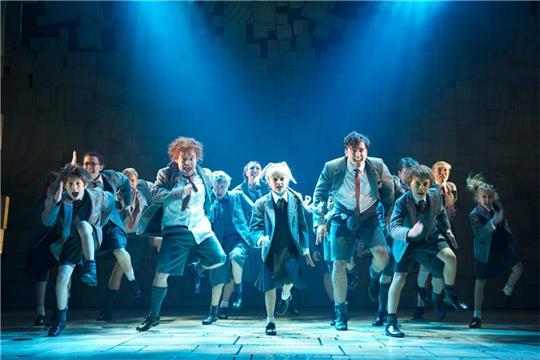 Dennis Kelly adapted, Matilda The Musical from 1988 popular children’s book of the same name written by the well-known author Roald Dahl. The efforts behind pleasing the audience with excellent music and lyrics are by Tim Minchin. This dark comedy narrates the life of Matilda, a five year old gifted child who has some rare capabilities. Destined to live with abusing parents Matilda finds solace in reading library books and is able to create her own stories because of her extraordinary creativity and powerful imagination. She survives the hardships created by her family and school by rewriting her own destiny.

Matilda The Musical was premiered for the first time on 24 November 2011 at the West End’s Cambridge Theater, before that the show was run on trial for twelve weeks presented by the Royal Shakespeare Company (RSC). The show has the credit of bagging over 50 international awards including 12 awards for the Best Musical.

The show is considered as one of the best and critically acclaimed British shows of all times and cherished by the people of almost every age group. The wit and spontaneity of Roald Dahl, takes the story to the next levels of entertainment. Matilda The Musical smashed a record by winning seven Olivier Awards in 2012.

The flawless direction of the show is by Matthew Warchus and Rob Howell is the producer, joining Peter Darling as the choreographer. Sound is by Simon Baker, illusions and special effects are by Paul Kieve whereas orchestrations and musical supervision is given by Christopher Nightingale.

Matilda will keep entrancing the spectators in the West End till 20 December2020.