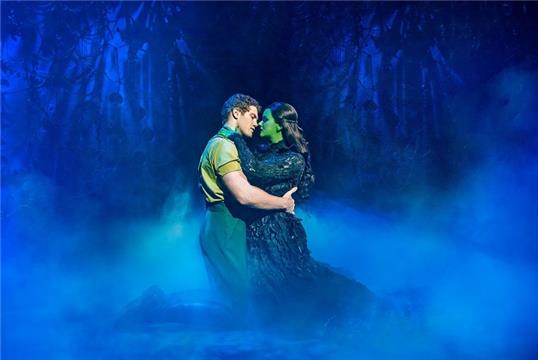 Nicholas McLean made his West End debut in the Book Of Mormon and currently playing the role of ‘Gary Coleman’ in Avenue Q. The talented artist took his theatre training at Mountview Academy of Theatre Arts and all set to play the role of ‘Boq’ in West End’s stupendous musical Wicked from Monday 20 January 2020 at the Apollo Victoria Theatre.

George Ure who previously played and got acclaimed for the role in UK and Ireland tour, will return to play ‘Boq’ from Monday 11 November 2019 to Saturday 18 January 2020. Idriss Kargbo will play his last performance of his limited return engagement as Boq on 9 November 2019. The other artists performing in the show include Nikki Bentely as Elphaba, Helen Woof as Glinda, Alistair Brammer as Fiyero,  Andy Hockley as The Wizard, Kim Ismay as Madame Morrible, Simeon Truby as Doctor Dillamond, Lisa-Ann Wood as standby for Glinda and Laura Pick as standby for Elphaba.

Wicked is a phenomenal 9th longest running show in the history of London Theatre. The musical is narrated through the viewpoint of the witches of the Land of Oz. The story is about two unlikely friends Elphaba and Glinda, their efforts to cope with opposing personalities and perspectives, conflict over the same love interest and their outstanding adventures in Oz.

Wicked is based on the novel ‘Wicked: The Life and Times of the Wicked Witch of the West’ written by Greogry Maguire and adapted by Winnie Holzman. The music and lyrics are by multi Grammy and Academy Award winner, Stephen Schwartz. Musical staging is by Tony Award winner Wayne Cilento and the director of the show is two time Tony Award Winner Joe Mantello.

Wicked features some amazing scores like, ‘No Good Deed’, ‘Dancing through Life’, ‘ Defying Gravity’, ‘A Sentimental Man’, ‘ One Short Day’, ‘ The Wizard and I’, ‘Something Bad’, ‘What Is This Feeling?’, ‘Wonderful’ and ‘For Good’.

First premiered on 27 September 2006 in UK, the musical is a huge success and a must see which takes the spectators on the journey of wonder and joy.