Good News For Come From Away Fans 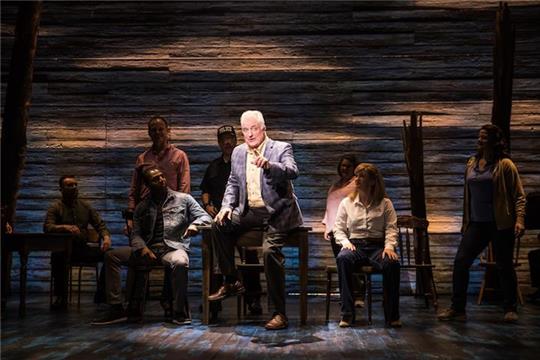 The celebrated musical Come From Away has been declared to continue running  and stealing the hearts of theatregoers in West End’s Phoenix Theatre till 23 May 2020. The show has already been talk of the town due to its unique plot and extraordinary music.

Winner of Tony and Olivier Awards, Come From Away is the story of true events about the week following the 9/11 horrific attacks. It’s the story of friendship and kindness and a cathartic experience for the audience. Directed by Christopher Ashley, the show has a book, music and lyrics by Irene Sankoff and David Hein.

The musical staging of Come From Away is by Kelly Devine, Costume design by Toni-Leslie James, music supervision and arrangements by Ian Eisendarth, scenic design by Beowulf Boritt, sound design by Gareth Owen, lighting design by Howell Binkley and orchestrations by August Eriksomen.

The show has also announced the collaboration with homeless charity Centrepoint to assist in eradicating homelessness in UK. Come far Away has the honour of winning four 2019 Olivier Awards in which Outstanding Achievement in Music and Best New Musical are included.