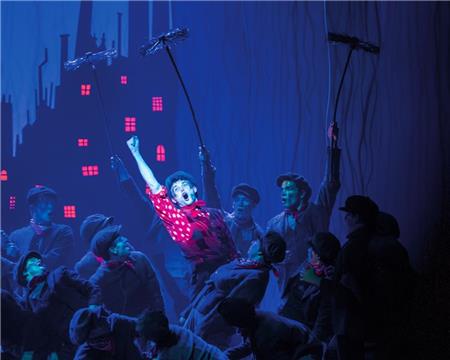 The beloved flying Nanny is staying in the West End’s Prince Edward Theatre till July 2020 as per the announcement. Mary Poppins is the sparkling fusion of children’s book by P.L.Travers and the 1964 Disney film of the same title. Sarah Crompton said in her four-star review that "it's hard not to see it settling in for another long run."

Mary Poppins is directed by Richard Eyre and co-directed/choreographed by Sir Matthew Bourne OBE while Stephen Mear is the co-choreographer. Sound design is by Paul Gatehouse, orchestrations by William David Brohn, scene and costume design by Bob Crowley and lighting design by Natasha Katz and Hugh Vanstone. Disney and Cameron Mackintosh’s multi award winning musical is an absolute joy for the spectators and a favorite choice for schools and community theatres. Oscar winning screen writer and Downton Abbey creator, Julian Fellows’ book compliments the original stories and the famous film to bring unique stage creation. The music and lyrics of the show are by the Sherman Brothers with additional music by George Stiles and Anthony Drewe. The enchanting tale of the beloved Nanny of everyone is brilliantly presented on stage with memorable songs, mesmerizing effects and sensational choreography.