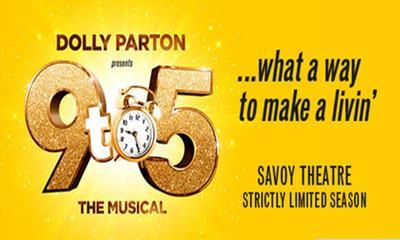 Redknapp and Brian Conley are coming back to 9 to 5 The Musical according to the reliable sources. Savoy Theatre will welcome both the artists to perform where the show is running currently.

Based on the 1980 film 9-5, music and lyrics are by super Dolly Parton and a book by screen-writer Patricia Resnick. The show is directed by Jeff Calhoun and choreographed by Lisa Stevens. 9 to 5 The Musical’s original arrangements are by Stephen Oremus and Alex Lacamoire, musical direction by Andrew Hilton, design by Tom Rogers, musical supervision, reductions and extra arrangements by Mark Crossland, casting by Victoria Roe and Anne Vosser, original Broadway orchestrations by Bruce Coughlin, video design by Nina Dunn, lighting design by Howard Hudson and sound design by Poti Martin. The story is about three female friends who are colleagues too and retaliate against their boss Franklin Hart Jr. who is a male chauvinist and a bully at work place. Consolidate industries suddenly turns into a vindictive place when Violet, Dolaree and Judy decide they have had enough and it’s about time to teach their self-centred, sexist boss a lesson. 9 to 5 The Musical received 15 Desk Drama nominations for its Broadway production, including four Tony Awards nominations.

Conley will perform from 2 March as Franklin Hart Jr and Redknapp who played the role of Violet formerly will reappear in the musical from 10 February till the show completes its run in the West End. David Hasselhoff will give his final performance on 8 February in the musical and Sean Needham will take his place for the role of Hart from 10 to 29 February. Caroline Sheen will also bid farewell to the show at Savoy Theatre after her last performance on 8 February.