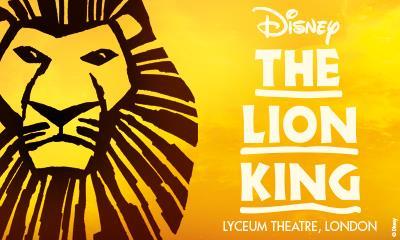 Nick Afoa can be seen in the leading role at the Edinburgh Playhouse currently.  It has been announced that Nick Afoa will be part of the UK tour from 30 April, playing the role of Simba. After giving his stage debut in the Australian production in 2013, Nick Afoa is part of the West End production of The Lion King for three years. Nick Afoa was born in Auckland, New Zealand and a former rugby player with All the Blacks but had to quit Rugby due to his knee injury. After premiering at the Bristol Hippodrome in September 19, The Lion King touring production is presently running at the Edinburgh Playhouse till 18 February.

Elton John’s timeless music combined with the remarkable lyrics by Tim Rice transports the audience into a fascinating world. The show is directed by Julie Taymor, choreographed by Garth Fagan, scenic design by Richard Hudson, costume design by Taymor and lighting design by Donald Holder. The book is by Roger Allers and Irene Mecchi along with the additional music and lyrics by Lebo M.

The Lion King and the packed houses go side by side since the day it opened on Broadway in 1997 and officially premiered in London in October 1999. The musical is the sixth longest-running West End’s show of all time. In the last twenty years, The Lion King has been entertaining more than 16 million spectators as the West End’s best-selling musical. A crew of 100 artists off stage and more than 50 performers on stage entertain 2,200 theatregoers every evening at the Lyceum Theatre.

Before transferring to Manchester, Southampton and Cardiff, the musical will run at the Alhambra Bradford and Afoa will star in the show then.