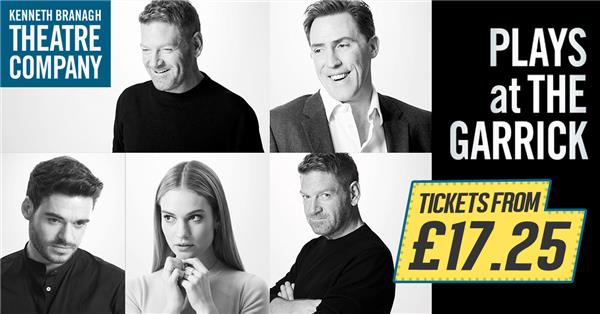 Kenneth Branagh is to take over the Garrick Theatre with a new season starting in October. He brings with him a remarkable group of stars including Dame Judi Dench, Lily James and Richard Madden, not to mention the man himself performing in most. His season includes The Winterâs Tale, Harlequinade, The Painkiller, Romeo and Juliet and The Entertainer. Tickets are on sale now, this is not to be missed!