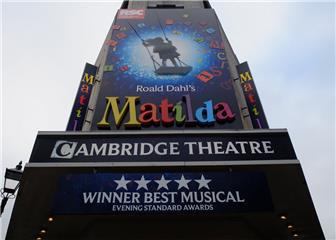 Matilda The Musical is adapted by Dennis Kelly from the 1988 iconic children book of the same name by Roald Dahl. Matthew Warchus who won the Olivier Award for the direction of Matilda The Musical at the Cambridge Theatre is all set to direct another film of this classic story written by Roald Dahl. The release date of Matthew Warchus directed film Matilda is not announced yet but the casting procedure will be started later in year 2020.

This is the second time that the story of Matilda has been adapted for a film. The first film adaptation of the story was released in 1996, starring Mara Wilson as Matilda and Danny DeVito as Harry Wormwood. The film was directed by Danny DeVito. The upcoming film adaptation of Matilda will be directed by Matthew Warchus who got acclaimed for his directorial work for A Christmas Carol, Groundhog Day and the 20th anniversary of Art. Warchus is not only famous for his directorial performance in theatre but he is also a remarkable film director. He won the British Independent Film Award in 2014 for giving best direction in Dominic West, Andrew Scott and Imelda Staunton starrer film Pride.

The story of Matilda is about a five years old girl with extra ordinary qualities who is stuck with abusing parents and various challenges at school. She befriends her teacher Miss Honey and decides to rewrite her own destiny.

The casting team for the second adaption of the film Matilda will begin auditioning the children for the role of Matilda and for other supporting roles. The role of Matilda will be played by a child whose age is between 9 years to 11 years with the height not more than 4’10”. After the auditions and selection process the rehearsals will be started in June 2020 while the filming will begin from August to December 2020 as per casting call. The adult cast of the second film adaptation of Matilda, directed by Matthew Warchus and produced by Working Title Film, is yet to be revealed.