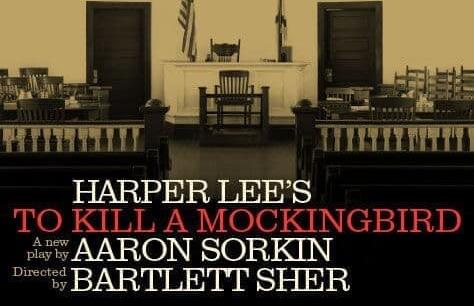 After earning 9 Tonay Awards nominations and coming away with the award of Best Performance, Bartlett Sher’s production is transferred to the West End at the Gielgud Theatre. To Kill a Mockingbird has an official opening on 11 June and the show will begin previews on 21 May 2020. Rhys Ifans will play the role of Atticus Finch in the West End production of To Kill a Mockingbird, the same role made Jeff Daniels earn a Tony Award nomination for best actor. Rhys Ifans will perform his role until Saturday 10th October but not between between 7th and 12th September. The name of another actor for playing the role of Atticu Finch on these dates will be announced in the due course of time. The creative team of To Kill a Mockingbird has Ann Roth/ Miriam Buether  (Costume designer), Scott Lehrer (Sound designer), Adam Guettel (Composer), and Jennifer Tipton (Lighting designer).

The story of the play is based on Pulitzer Prize Winner and Best Seller of all time To Kill a Mockingbird written by Harper Lee. The modern classic novel portrays racial injustice and human compassion during those times in America when racism was a serious issue. There is Atticus Finch in the story, a lawyer who dares to defend Tom Robinson accused of rape. The stage adaptation of To Kill a Mockingbird is different from the novel. The writer of the play Aaron Sorkin said, “As far as Atticus and his virtue goes, this is a different take on Mockingbird than Harper Lee's or Horton Foote's."

Bartlett Sher’s production won the hearts of the audience when it opened on Broadway at the Shubert Theatre on 13 December 2018. In his review of the Broadway production for New York Theatre Guide, Mark Shenton said the play made for “gripping, seriously absorbing theatre”.

To Kill a Mockingbird is at the West End’s Gielgud Theatre till 31 October 2020.