Be More Chill to extend running in London until June 2020 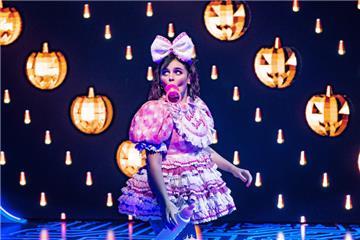 Be More Chill premiered at the Other Palace on February 18. The London production of the musical has extended the run for six more weeks till 14 June, which will make it the longest running show in the long history of theatre.

Be More Chill is the story of a teenager Jeremy Heere,  who tries a supercomputer pill in order to get popularity among his peers  and eventually realises that being one’s own self is the best way to live. The musical has a book by Joe Tracz and features a Tony nominated score by Joe Iconis. Be More Chill is based on 2004 novel of the same name which is written by Ned Vizzini. Mark Shenton is full of praise about the musical in his review and said “any musical that speaks to the next generation so profoundly is to be welcomed.”

The cast of Be More Chill includes Miracle Chance as Christine Canigula, Blake Patrick Anderson as Michael Mell, Scott Folan as Jeremy Heere and Stewart Clarke as The Squip. Renee Lamb who performed in Six at the Arts Theatre is playing the role of Jenna Rolan while Millie O’Connell is performing as Chloe Valentine. The rest of the cast consists of Miles Paloma as Jake Dillinger, Eloise Davies as Brooke Lohst, James Hameed performs as Rich Goranski, Gabriel Hinchcliffe, Jon Tsouras, Eve Norris and Christopher Fry as Mr Heere and Mr Reyes.

Joe Iconis who is the lyricist and composer of the musical, expresses his views regarding the extension of Be More Chill, he said “Making my London debut as a musical theatre writer has long been a dream of mine and my experience with Be More Chill at The Other Palace has exceeded all expectations. I have been blown away by the response of audiences and the theatre community here in the UK and am ecstatic that we will be extending our run.”