Get Up, Stand Up! The Bob Marley Story in the West End soon 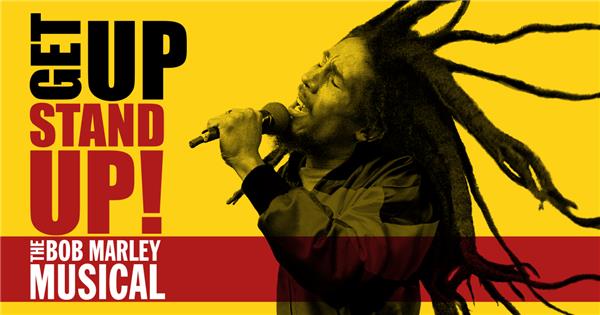 A new Bio-musical about the iconic singer Bob Marley is all set to be run in the West End’s Lyric Theatre. The title of the show is Get Up, Stand Up! The Bob Marley Story and it will begin previews on 6 February 2021 at the Lyric Theatre. This musical is a tribute to the legend on his 76th birthday.

The musical by Playful Productions, Stage Play and Trim the Wind, narrates the events of the great singer Bob Marley who was born in Jamaica in 1945 and got acclaimed for introducing the fusion of reggae, ska and rocksteady. Bob Marley got inducted into the Rock and Roll Hall of Fame in 1994. The musical is about his life events and features a book by Olivier and Tony awards winner Lee Hall famous for writing Network and Billy Elliot while its director will be Dominic Cooke who is the winner of Olivier award for Ma Rainey’s Black Bottom and Follies.

Arinzé Kene will play as Bob Marley in the musical, who also performed in the premiere of Girl from the North Country (Bob Dylan musical) at the Old Vic. Arinzé Kene was nominated for two Olivier Awards for acting and writing his play Misty in 2018. Kene said, “I feel absolutely honoured to be able to take on this role. It is not only an honour to be able to spread Bob Marley’s message further, but to get to be him for a little while is a lifelong dream come true. I grew up on his music and his mantra and he has been one of my role models since I was a child. I feel as if he's in my DNA.”

The musical features some all-time favourite songs by Bob Marley including "Get Up Stand Up", "No Woman No Cry”, "3 Little Birds" and "Exodus 3". When the Musical was announced the singer’s daughter Cedella expressed her views and said, “Our father’s music means so much to so many people around the world, we’re beyond thrilled to be able to bring it to both fans and new audiences alike in a new way led by the stellar team of Lee Hall and Dominic Cooke, and starring the fantastic Arinzé.

Get Up, Stand Up! The Bob Marley Story will be played at the Lyric Theatre on 6 February 2021.