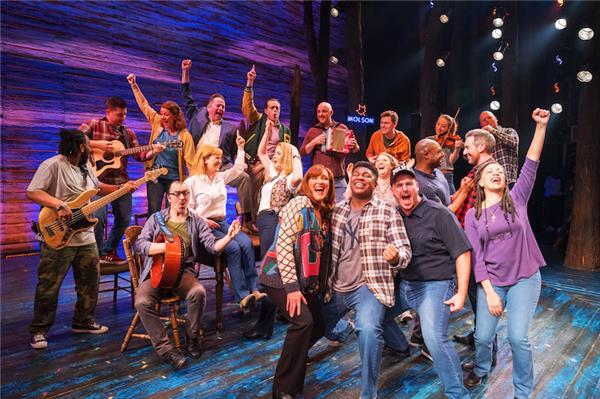 Mark Shenton said about this Canadian musical, “it's a show with an impact that’s difficult to describe: it feels like it creeps up on you unawares, before flooring you with emotion.” Come From Away after spending one heck of a successful year at the West End’s Phoenix Theatre will extend its run till October 2020.

Come From Away was premiered at the West End in February 2019 and bagged four Olivier Awards including The Best Musical. And now after celebrating its first birthday, the musical will stay at the West End for some more time.

The story of Come From Away is an inspiration by the factual stories of some 7,000 air passengers which were stranded in a town in Canada. The musical also portrays the personal experiences of those communities which allowed them to stay with them. Come From Away is a rejoicing musical which talks about human compassion during the hardest of the phases in life and how love is such a powerful emotion that it defeats hatred and cruelty. Come From Away features a book by Irene Sankoff and David Hein. The music and lyrics are also by the same duo who decided to write a musical after meeting the residents of Gander and those passengers who were grounded there.

Come From Away is playing at the Phoenix Theatre till 17 October 2020.