Bring It On: The Musical all set to run at the Queen Elizabeth Hall during UK Tour 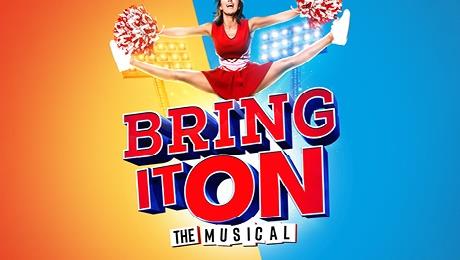 Bring It On: The Musical is adapted from 2000 film of the same name and tells the story of Campbell who is a cheerleader in a high school but forced to join another school. She comes across the challenge of reclaiming her crown after joining the cheer team in the new school. The musical has a book by Tony Award winner Jeff Whitty who wrote Avenue Q while the music is by Tony Award-winning composer who is famous for his work in Hamilton as well as In the Heights and Pulitzer- and Tony Award-winning composer, Tom Kitt who got acclaim for his work in Next to Normal. The lyrics of Bring It On: The Musical is by Amanda Green who wrote for High Fidelity which was nominated for the Tony Award for Best Musical.

Amber Davies will perform the role of Campbell in the musical; she made her debut on the stage playing the role of Judy Bernly in 9 to 5, The Musical. Louis Smith who is a Strictly Come Dancing star and an Olympic gymnast alongwith Vanessa Fisher is also the part of the cast of Bring It On: The Musical. Smith will be performing the role of Cameron while Fisher will play as Danielle. The other cast of the musical includes Marvyn Charles as Twig, Alicia Belgarde as Eva, Frances Dee as Kylar, Ayden Morgan as La Cienega, Chloe Pole as Skylar, Roshani Abbey, Samuel Wilson-Freeman as Steven, Zinzile Tshuma, Jack Dargan, Biancha Szynal, Matthew Dawkins, Jordan Isaac, Gareth Moran and Katie Lee.

Bring It On: The Musical will be running at the Queen Elizabeth Hall for a limited time on 9 December till 10 January 2021.