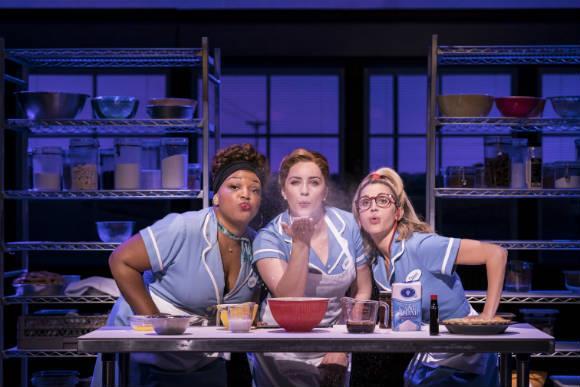 The West End production of Waitress is announced to be closed early at the Adelphi Theatre where it was opened on 7 March 2019. The producers of Waitress stated on social media:

‘It is with great sadness that we announce the closing of our beloved London production of Waitress the Musical. As you’ll be aware, we’ve had to temporarily lower the curtain at the Adelphi Theatre and it’s now unlikely that the diner will reopen once this period of uncertainty is over.

‘If things do change and there is a world in which we believe we could continue a run at the Adelphi before 4th July, we will be in touch.’

Sara Bareilles, who is a renowned composer, was performing in the titular role of Jenna accompanied by Gavin Creel who was performing as Dr Pomatter in Waitress. Both the artists were scheduled to work in the show till 21st March but due to Pandemic Corona, the last performance of Waitress was on Saturday 14 March and Sara Bareilles and Gavin Creel left for their homeland America.

All the theatres in the West End were shut down on 16 March due to on-going health emergency all around the globe. During its run at the West End, the cast of the Waitress included Ashley Roberts, Katharine McPhee, Joe Sugg, Lucie Jones, Jack McBrayer, David Hunter, Laura Baldwin and Marisha Wallace. Waitress has music and lyrics by Sara Bareilles and a book by Jessie Nelson. Lorin Latarro is the choreographer of the show while Tony Award-winner Diane Paulus has directed it. Waitress is a stage adaptation of a film of the same name and it tells the story of a young waitress who has great ambitions and wants to recreate her destiny.

Ticket holders of Waitress will be contacted soon.