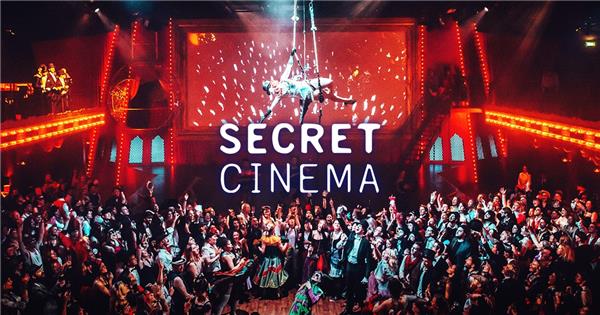 Secret Cinema is an entertainment company founded in 2007 and based in England which specialises in immersive cinema experiences like blending theatre, music, film and dance performances to bring on-stage acts and rediscovers the remarkable cinematic experiences into a reality by making it possible for the audience to encounter the world of fiction but in real.

Now that everyone is bound to be locked inside their homes to avoid the spread of the Corona Virus, Secret Cinema with the collaboration of Häagen-Dazs, an ice-cream company, took the initiative of launching a home entertainment series to present popular films and cinematic classics, make real in the home. The title of this home entertainment series is Secret Sofa in which audiences are urged to actualize their personal immersive experiences based on movies and every week a new film is preferred.

Secret Sofa is going to be started on Friday 18 April for the next eight weeks on every Friday and audience can sign up to a weekly newsletter and can be entertained by a film and get more involved in the world of great cinema by being provided with the music playlists, costume propositions, dance tips and brilliant ideas about how to make props just to take them to an imaginary world where they actually feel they are part of those films. Secret Sofa Facebook group is also been created where audience can take part in discussions about the film world and exchange information about the cinematic worlds they created while being at home.

“At the heart of Secret Cinema’s experiences is audience participation and groups of strangers coming together to experience film and culture in new and interesting ways.  Secret Sofa is our home cinema version of this, where the nation will be able to relive a Secret Cinema they loved or missed, as well as discover new titles and share their experiences with each other virtually.”