Adelphi Theatre to be dazzled by Samantha Barksâ solo concert 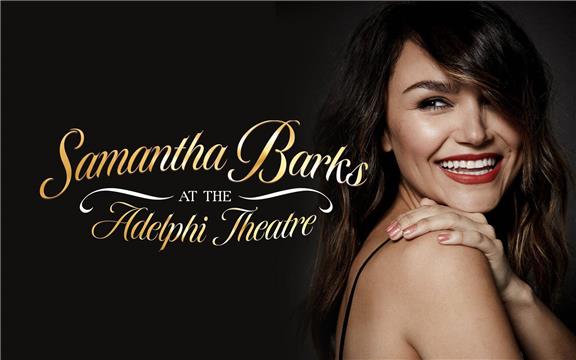 Samantha Barks who is all set to play the role of Elsa in the Original London production of Disney’s Frozen at the Theatre Royal Drury Lane, will be also seen at the West End’s Adelphi Theatre to perform in a solo concert in the end of year 2020. In collaboration with a live band, Samantha Barks will dazzle the stage at Adelphi Theatre on 6 September at 5 Pm.

Samantha Barks got acclaimed while working as a contestant in a BBC reality show, I’d Do Anything. The 2008 talent show searched for an actress to play the role of Nancy in musical Oliver! She came third in the finale of this reality show.

The West End debut of Samantha Barks was through Les Misérables and her performance as Eponine was lauded and celebrated at a large scale. She also made her film debut as Éponine in the film adaptation of Les Misérables. Barks reprised her role in the 25th anniversary concert of the musical at 02 Arena.

The other noteworthy work of Samantha Barks includes the role of Mallory/Avril in City Of Angles at the Donmar Warehouse and the role of Cathy in The Last Five Years. The actress and singer made her Broadway debut playing as Vivan Ward in Pretty Woman: The Musical. Samantha Barks is now all set to make her return at the West End, performing as Elsa with the co-star Stephanie McKeon who will perform as Anna in Disney’s Frozen.

The solo concert by Samantha Barks at the Adelphi Theatre is presented by Lambert Jackson Productions. Talking about the concert Jamie Lambert and Eliza Jackson said:

"âSamantha Barks is one of the world’s leading performers and we are so thrilled to be highlighting her immense talent in such a phenomenal solo show!”

Samantha Barks will perform at the West End’s Adelphi Theatre on 6 September 2020.