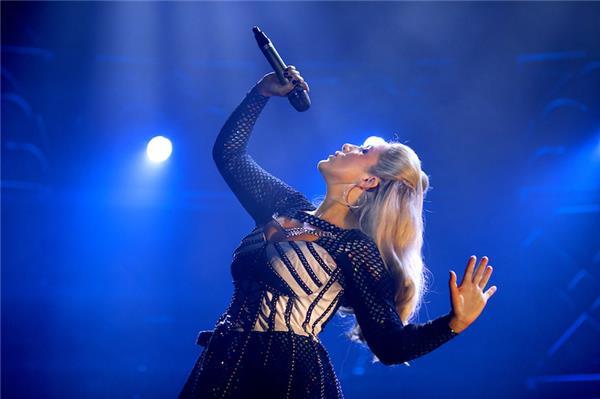 A special virtual ceremony of the second annual Visionary Honours awards was held on Wednesday 6th May in which Six The Musical received Musical of the Year award.

The female led Six The Musical is about the six wives of Henry VIII and a modern narration of their lives presented as a pop concert where each wife sings and expresses at how her life is the hardest as being the wife of Henry VIII, thus she deserves to be the lead singer of the group. Six The Musical has a book by Toby Marlow and its music and lyrics are also by Toby Marlow while Lucy Moss has directed it. Carrie-Anne Ingrouille has choreographed the musical and set design is by Emma Bailey. The show had been running at the West End’s Arts Theatre since 17 January but suspended currently, however audience can see it after the lockdown is lifted because of the extension in its run which is till January 2021.

The other winners of the awards include Jesy Nelson for Odd One Out who won Documentary of the Year award; Juno Dawson won Book of the Year award for her book Proud and Song of the year award was taken home by rapper Dave from South London for his famous song "Black" whereas filmmaker Andrew Onwubolu bagged Film of the Year award for Blue Story. Visionary Honours awards’ other nominations include acclaimed plays like Wife, Fairview and Life of Pi while musicals like Come From Away and & Juliet.

Visionary Honours awards were launched in 2018 by the not-for-profit Visionary Arts Foundation and strives to honour the diversity and apt talent in the fields of entertainment, culture and media.