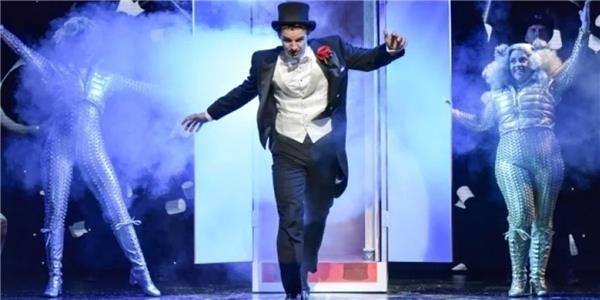 The full cast for the upcoming revival of Magic Goes Wrong has been announced. The show, produced by Mischief Theatre, is moving to the Apollo Theatre in the heart of Theatreland.

The curtain will rise in the production’s new Shaftesbury Avenue home on 21st October.

The new cast includes Nancy Zamit in the role of Martina and Henry Lewis as the Mind Mangler, who are returning to the production. New cast members include Shane David Joseph playing Sophisticato, Louise Beresford as Peg and Sydney K Smith as Mickey.

To complete the cast, we have Tom Wainwright, Christian Jones and Steph de Whalley.

The show follows a group of magicians and performers who are trying to raise money for charity with their skills. However, as with all of Michief Theatre’s “Gone Wrong” comedies, mishap follows mishap and their hopes of achieving their fundraising aims are all in tatters.

The producers worked with magic legends Penn & Teller to develop the tricks in this show, which – despite not always working for the characters – offer an impressive display of magic within this dark comedy.

The move to the Apollo Theatre makes way for an expanded production of the hit new musical SIX, which brings the story of Henry VII’s wives to life on the stage of the Vaudeville Theatre.

Magic Goes Wrong is part of Mischief Theatre’s “Gone Wrong” comedies, which also include The Play That Goes Wrong, The Comedy About a Bank Robbery, and Peter Pan Goes Wrong.