The world's longest-running play of any kind, Agatha Christie's The Mousetrap at the St Martin's Theatre is now in it's 65th year!

The Mousetrap has now been running for 65 years during which time over 27,000 performances have been given.  It is quite simply a great piece of theatrical history written by the greatest crime writer of all time.

This world record breaking production of The Mousetrap continues to enthrall, to entertain and to thrill audiences who still flock to the St Martin's Theatre from every corner of the globe. In her own inimitable style, Dame Agatha Christie has created an atmosphere of shuddering suspense and a brilliantly intricate plot where murder lurks around every corner....

The Mousetrap has been thrilling audiences from around the world for as long as Queen Elizabeth II has been on the throne. They have shared Silver and Ruby jubilees and recently both enjoyed their Golden celebration.

During this phenomenal run there have been no fewer than 297 actors and actresses appearing in the play, 86 miles of shirts have been ironed and over 320 tons of ice cream sold. Some cast members are in the Guinness Book of Records, David Raven as the 'Most Durable actor' for 4575 performances as Major Metcalf, and the late Nancy Seabrooke for a record breaking 15 years as an understudy. The Mousetrap first entered the record books many years ago on 12th April 1958 when it became the longest running show of any kind in the history of British Theatre.

Join the millions who have already discovered whodunit, but will not share their secret... Book The Mousetrap Tickets now!

Why book Mousetrap Theatre Tickets with us?

Access description: 3 shallow steps up from the pavement through double swing doors into the foyer. Box Office counter to left. Staircases have handrails on both sides. Steps are highlighted. 5 steps to the back of the Dress Circle and 2 steps between rows. 29 steps down to front of Stalls. Theatre open 30 mins before performance. Access Guides available on request.

Sound Amplification: Infra-red systems. You will be asked for a deposit. Please book in advance.

Guide Dogs: Guide dogs are allowed in the auditorium or staff will dog-sit by prior arrangement with the management. Dogs will be looked after in the Manager’s office.

Toilets: Toilets located a few steps up from back of Stalls, at Dress Circle and at Upper Circle. An additional Ladies' toilet is situated off the foyer. 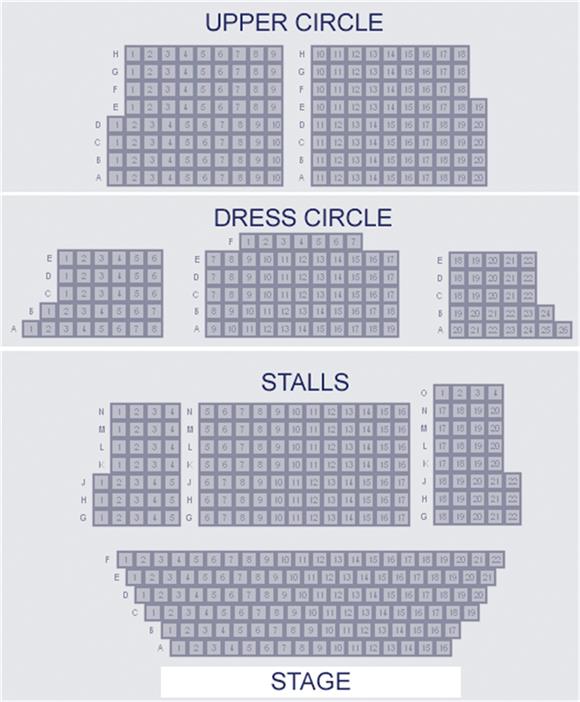