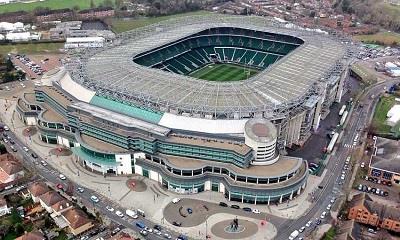 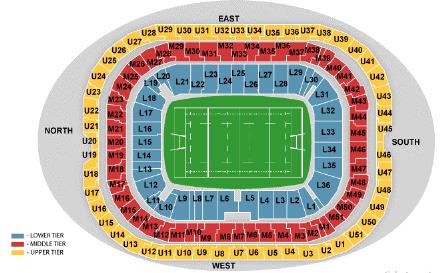 There are currently no shows running at Twickenham Stadium

Welcome to Twickenham Stadium, the Home of England Rugby. Seating an impressive 82,000 spectators, Twickenham is the largest dedicated rugby union venue in the world.

It's hard to believe that this historic venue began life as a humble cabbage patch, but that's exactly what it was before the RFU purchased the land for just over £5,500 in 1907. The first game was played in 1909 - a battle between local sides Harlequins and Richmond - and here we are, over 100 years later, still going strong.

These days, Twickenham offers much more than just top flight sport and has become a destination for fans around the world to experience the excitement of a match day, sample the history of a stadium tour, visit the superb World Rugby Museum, take a trip to the Rugby Store, host an event or watch some of the biggest names in music perform.

Easily accessible by road, air, train and foot, Twickenham truly is a stadium for the people. During matches, we pride ourselves on our sporting atmosphere, where the most ardent of rugby fans sit happily alongside families and children. Banter is often exchanged between rival fans but this merely adds to the inspiring atmosphere and our friendly staff will happily help you with any problems or queries.

Twickenham is also a very versatile venue. When the England boys and the Aviva Premiership finalists take time off, the stadium opens its doors to some of the finest musical talents around. The likes of U2, R.E.M, Bon Jovi and The Rolling Stones have all performed here over recent years. Please Note: Seats located in U1-U51 Upper Tier are not recommended for those who have a fear of heights.

All children aged 2-5 years old should be seated with their responsible adult in the enclosures or lower tiers. Upper Tiers are not deemed to be suitable for children under the age of 8 years old. All children must be accompanied by an adult. Babes in arms and children under 2 years old are permitted only once permission has been issued by the RFU. They do not require a match ticket but are only permitted to be sat with their responsible adult in the lower tier or enclosure areas