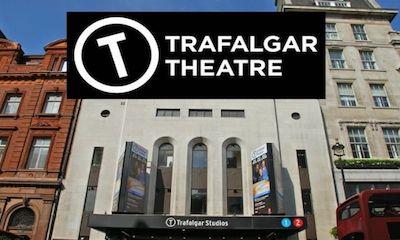 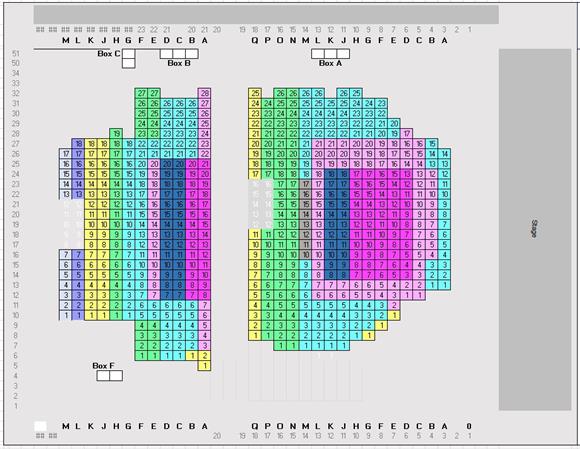 On stage at Trafalgar Theatre

The first major show to run at the newly renamed Trafalgar Theatre since the coronavirus pandemic has yet to be announced, but is expected to be a huge deal. Despite the venue being renowned for its former, unique development that boasted two intimate, flexible, and dynamic performance spaces (Studio 1 and Studio 2), the newly reconfigured, single-space auditorium will provide even more flexibility than ever before, allowing the theatre to stage socially distanced shows as needed and larger productions when possible in order to adapt to an ever-changing theatrical environment. The new conversion also takes the theatre back to its roots and original heritage design.

Before the Trafalgar Theatre we know today became known as Trafalgar Studios in 2004, it bore the name Whitehall Theatre from the years 1930 to 2004. During the Trafalgar Studios era from 2004 to 2020, Studio 1 (the larger of the two spaces) could hold a maximum of 380 seats and opened on 3 June 2004 with the Royal Shakespeare Company's production of Othello. Studio 2, with a capacity of 100 seats, opened in October 2005 with the play Cyprus. Studio 2 generally featured innovative and more experimental work from both national and international companies before Studios 1 and 2 were once again merged into a single auditorium in 2020.

Trafalgar Theatre's history in a nutshell

The original Whitehall Theatre, built on the site of the 17th century Ye Old Ship Tavern, was designed by Edward A. Stone, with interiors in the Art Deco style by Marc-Henri and Laverdet. The theatre opened on 29 September 1930 with The Way to Treat a Woman by Walter Hackett, who was the theatre's licensee. In November 1933, Henry Daniell appeared there as Portman in Afterwards. Hackett presented several other plays of his own before leaving in 1934, and the theatre built its reputation for modern comedies throughout the rest of the decade.

During World War II, it housed revues, which had become commonplace entertainment throughout the West End. In 1942, The Whitehall Follies featuring Phyllis Dixey — the first stripper to perform in the theatre district — opened with great fanfare and became an immediate success. Dixey leased the theatre and remained in it for the next five years.

A series of farces, presented under the umbrella title The Whitehall Farces by producer Lord Brian Rix, were staged over the next twenty-two years, with many of them televised. In 1969 a nude revue called Pyjama Tops took over the venue and remained for five years, after which the building was shuttered.

After considerable refurbishment that retained most of its Art Deco features, it reopened on 5 March 1986 with a successful revival of J. B. Priestley's When We Are Married. Subsequent productions included When I Was a Girl I Used to Scream and Shout; The Importance of Being Earnest; The Foreigner; Run For Your Wife; Absurd Person Singular; Travels with My Aunt; tributes to Patsy Cline, Roy Orbison, and the Blues Brothers; and solo performances by Ennio Marchetto and Maria Friedman.

The theatre was Grade II listed by English Heritage in December 1996, noting "The auditorium has a decorative cohesion and prettiness rare in theatres of its day, and has the best surviving original fabric of this type of theatre".

Between the years 1997 and 1999, the theatre was converted into a television and radio studio used primarily to broadcast Jack Docherty's popular talk show and BBC Radio 4's Live from London. It then returned to theatrical use with such productions as Three Sisters, Puppetry of the Penis, "Art", Rat Pack Confidential, and Sing-a-Long-a-ABBA, before its owner, the Ambassador Theatre Group, announced the building would be reconfigured into a double-auditorium venue and reopen with a new name: Trafalgar Studios (now Trafalgar Theatre as of 2020).

Past productions at Trafalgar Theatre include Sweeney Todd, Alan Bennett's The Old Country, an adaptation of Jane Eyre, and Bent. Trafalgar Theatre also helped make history in 2018 when it staged Natasha Gordon's acclaimed play Nine Night, becoming the first-ever play by a Black-British playwright to be staged in London's West End. The play went on to pick up the 2019 Black British Theatre Award for Best Supporting Female Actor in Play (Michelle Greenidge) at the Inaugural BBTAs.

After being restored to its original heritage design with a single-space auditorium and changing its name, Trafalgar Theatre now boasts brand-new seats, a new Stalls bar, a new spacious foyer, and improvements to the toilets in order to offer theatregoers a more comfortable and pleasant experience. The new launch as Trafalgar Theatre has been able to bring the venue's capacity up to 630 seats to match those of such major medium-sized West End venues as the Vaudeville Theatre (690 seats) and the Duke of York's Theatre (640 seats). The new, single auditorium now has seats on 2 levels: the Stalls and the Dress Circle.